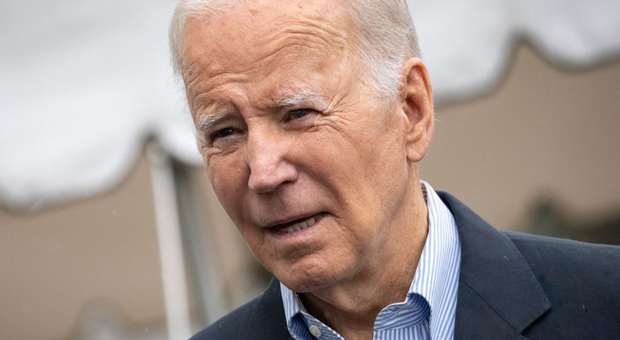 House Republicans are already preparing to launch a series of investigations into several Biden administration officials for 2023.

This has been a long time coming, we’ve all heard the repeated promises from Republicans they would investigate the Biden administration’s conduct, but now they will follow up with actions.

Of course, there are many investigations House Republicans are eyeing once they take control of the lower chamber, but to make things a little more condensed, here are the top five – via The Washington Examiner.

1. Joe Biden and the Afghanistan withdrawal

One of the first investigations Republicans are expected to open is related to the withdrawal of U.S. troops from Afghanistan in September 2021, during which the country airlifted more than 12,000 people out of the country as the Taliban quickly seized control of the government. The operation has been heavily scrutinized, particularly after a suicide attack outside the Kabul airport left 13 Americans and roughly 200 Afghans dead.

Rep. James Comer (R-KY), the ranking member on the House Oversight Committee, sent letters to a number of government agencies requesting documentation and other materials related to the troop withdrawal, accusing the Biden administration of committing obstruction. Comer has sent letters to the State Department, the National Security Council, the Department of Homeland Security, the Pentagon, and the United States Agency for International Development (USAID) requesting internal communications or any related information about the planning of the September 2021 troop withdrawal from Afghanistan.

The Oversight Committee is particularly interested in investigating the decision to conduct airlifts out of the Hamid Karzai International Airport and to permit the Taliban to be responsible for the airport’s security. Lawmakers will also investigate the lack of planning to help relocate refugees taken out of Afghanistan.

Near the top of Republicans’ list of priorities is investigating the origin of the COVID-19 pandemic and the U.S. response under the direction of Dr. Anthony Fauci over the last three years.

Republicans have long criticized Fauci for his response to the pandemic, particularly surrounding theories as to how the coronavirus originated and spread from Wuhan, China, in late 2019 and early 2020. GOP lawmakers on the House Energy and Commerce Committee already opened their own investigation into the origins of COVID-19 in 2019, requesting “an independent, expert investigation of the origin of COVID-19,” according to a letter they sent then-National Institutes of Health Director Francis Collins.

Republicans on that committee have since called on the NIH to preserve all records and communications related to the pandemic for review early next year, criticizing the agency for failing to respond to earlier requests for information.

3. Hunter Biden and his laptop

Hunter Biden’s business dealings have long been of interest to the Republican Party, first taking prominence during the 2020 election as the GOP sought to determine whether then-candidate Joe Biden benefited financially from his son’s transactions, pointing to national security concerns.

Republicans on the House committee have been seeking to advance their investigation into Hunter Biden for months, particularly after obtaining a copy of his hard drive. The hard drive has been of interest due to its salacious content, although Republicans are expected to focus mostly on his family’s business dealings to determine whether President Joe Biden has knowingly benefited from his son’s financial deals.

The FBI took possession of the hardware after the owner, believed to be Hunter Biden, left it for repairs in April 2019 and never returned.

Hunter Biden’s financial affairs, including business dealings tied to countries such as Ukraine, China, and Russia, are under scrutiny in a federal criminal investigation. The president’s son has never publicly denied that the laptop belonged to him but has insisted he is “100% certain” he will be cleared of wrongdoing.

Joe Biden has repeatedly denied any wrongdoing, and his campaign told reporters in 2020 that he “has never even considered being involved in business with his family, nor in any overseas business whatsoever.”

4. Alejandro Mayorkas and the southern border

Republicans are also to focus on the influx of immigrants coming into the United States from the southern border, which has significantly increased under the Biden administration.

Republicans have previously demanded DHS officials preserve documents pertaining to the border, with some GOP lawmakers considering impeaching Department of Homeland Security Secretary Alejandro Mayorkas once they take control of the House.

U.S. border officials encountered more than 2 million immigrants at the southern border during fiscal 2022, an increase from 1.7 million encounters the year before.

The House Judiciary Committee has already notified Mayorkas they will be seeking his testimony early into the next Congress, as well as the testimony of 10 other DHS officials.

5. Merrick Garland and bias within the Department of Justice

In a letter sent to the Department of Justice, House Republicans informed Garland they would be seeking the testimony of 15 officials — the most of any of the departments that received the Nov. 18 notices.

The testimony is likely to be in reference to the department’s handling of its investigations into Donald Trump because Republicans have accused the department of being politically biased against the former president. Republicans’ investigations are expected to focus on the raid of Trump’s Mar-a-Lago home, during which the FBI and DOJ obtained several boxes of classified White House documents.

The DOJ is investigating possible violations of the Espionage Act and obstruction of justice in its inquiry about the Mar-a-Lago documents, according to court documents. Trump has denied any wrongdoing.

That investigation is likely to coincide with a similar inquiry into the FBI to determine whether the agency holds political bias against Trump.