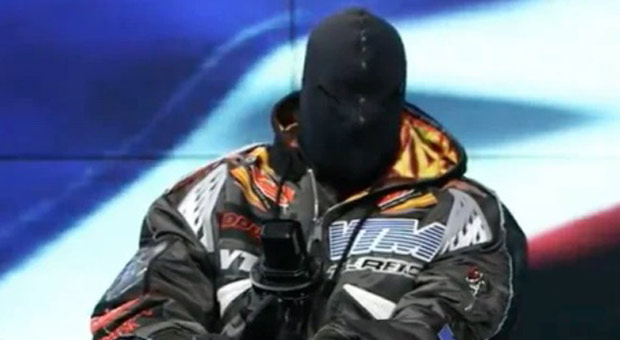 What is going on? Ye, formerly Kanye West, appeared on Alex Jones’s InfoWars show in a bizarre mask covering his face and spurting vast amounts of anti-Semitic remarks that even the host was visibly uncomfortable with.

“Every human being has something of value that they brought to the table, especially Hitler,” Ye said. “Also Hitler was born Christian.”

“But this guy that invented highways, invented the very microphone that I use as a musician, you can’t say out loud that this person ever did anything good, and I’m done with that.”

When Jones said he didn’t like Nazis, Ye interjected, saying, “I like Hitler” before the show cut to a commercial break.

Also appearing on the show was Nick Fuentes, who is accused of being a white supremacist.

Last week, Fuentes accompanied Ye to Mar-a-Lago, a meeting that Trump said he had no idea Fuentes would be attending or who he was.

Alex Jones asked Nick if he was a “white supremacist,” to which he replied, “no.”

“This past week, Kanye West called me to have dinner at Mar-a-Lago. Shortly thereafter, he unexpectedly showed up with three of his friends, whom I knew nothing about. We had dinner on Tuesday evening with many members present on the back patio. The dinner was quick and uneventful. They then left for the airport.”