Kanye West: They ‘Threatened’ to Kill Me for Wearing a Trump Hat 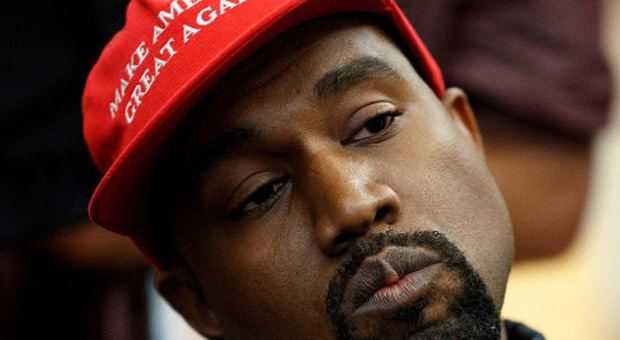 Kanye West revealed his life was threatened after he began publicly expressing support for President Donald Trump and wearing a MAGA hat.

During an explosive interview during FNC’s “Tucker Carlson Tonight” on Thursday, West revaled the attacks he faced since coming out as pro-MAGA.

“My so-called friends, slash handlers around me told me, like, if I said that I like Trump, that my career will be over, that my life would be over,” West said.

“They said stuff like people get killed for wearing a hat like that. They threatened my life.”

“They basically said that I would be killed for wearing the hat,” he said.

“I had someone call me last night and said, ‘Anybody wearing a White Lives Matter shirt is going to be green-lit,’ and that means that they’re going to beat them up if they wear it,” West added.

The shirt, featuring a photo of Pope John Paul II on the front, was worn by models on the catwalk, West, and political commenter Candace Owens, who was a guest at the show.

West told the audience: “Everyone here knows that I am the leader … you can’t manage me. This is an unmanageable situation.”