Democrats Give Parting Gift to Pelosi, Tucked Away on Pg. 610 of Spending Bill 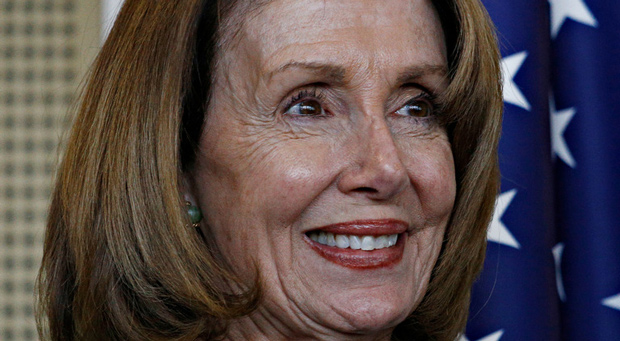 The Democrat-led Congress is giving House Speaker Nancy Pelosi a parting gift, tucked away in the omnibus spending bill, as her tenure as the party’s leader in the lower chamber comes to a close

In the 2023 omnibus spending bill, a provision renames a federal building in California after the 82-year-old Democratic congresswoman.

“$65 million in two programs for Senator Leahy and a federal building named for Nancy Pelosi,” he said, referring to Democratic Sen. Patrick Leahy of Vermont.

RELATED: Son of Alleged Pelosi Attacker: “For All We Know He Was Some Sort of Sex Slave”

Pelosi will have the opportunity to sign off on naming a federal building in her honor when the House takes up the omnibus bill.

But what is Pelosi’s signature legislative accomplishment? That is a good question.

Could it be the 2008 federal bailout of Wall Street?

Or the so-called Affordable Care Act?

This is illustrated by the fact that Pelosi voted to rename a federal building in her own honor.

Yes, Pelosi was the first woman to become the speaker of the House, which isn’t without historical significance, but that’s about it.

Those who deliver results for the people, not themselves, are the ones that should be celebrated.