Son of Alleged Pelosi Attacker: “For All We Know He Was Some Sort of Sex Slave” 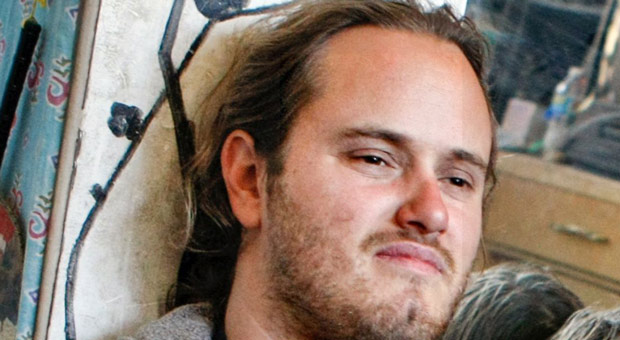 The son of David DePape, the man charged with the attempted murder of Paul Pelosi, has said his father was traumatized from a lifetime of abuse, suggesting he was a “sex slave.”

Speaking to the Daily Mail in an interview published on Wednesday, Nebosvod “Sky” Gonzalez revealed the suffering his father endured.

“There is almost no person on this planet that has gone through so much suffering,” Gonalez said of DePape.

The 19-year-old expressed doubts about charges against DePape, saying he was uncertain his father ever attacked Paul Pelosi.

“For all that we know, he was some sort of sex slave, as Elon Musk pointed out,” Gonzalez said of his father a reference to Musk’s tweet, which has now been deleted.

Although Musk did not go as far as to claim DePape was a “sex slave,” he did, however, share an article from the Santa Monica Observer which suggested DePape and Paul Pelosi were in a sexual relationship.

“My father had progressive views,” Gonzalez said of DePape.

“He believed in human rights, equality, and justice. He was against the war, he was a peace activist, hardly a right-wing conservative, as he has been branded,” he said.

Gonzalez’s remarks make sense when you factor in a Substack post by Michael Shellenberger, which said, “DePape lived with a notorious local nudist in a Berkeley home, complete with a Black Lives Matter sign in the window and an LGBT rainbow flag, emblazoned with a marijuana symbol, hanging from a tree.”

Oxane “Gypsy” Taub, Gonzalez’s mother, once described DePape as “mentally ill,” according to the Daily Mail. She claimed he came under the delusion that he was Jesus Christ after he disappeared for a time.

Meanwhile, former neighbors of the Pelosis indicated the residence was always guarded by heavy security, which begs the question, how did DePape manage to break in?

On Wednesday, DePape pleaded not guilty to the charges stemming from the incident.