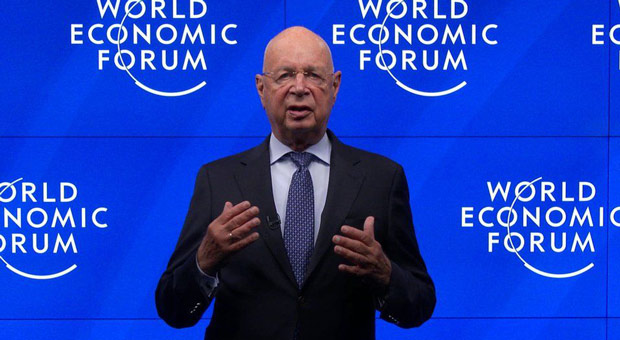 According to a WEF website post penned by the director of India’s Ministry of Housing and Urban Affairs Smart Cities Mission, the new surveillance system, dubbed “My Carbon initiatives,” is all about the “inclusivity of citizens” in reducing carbon emissions.

Despite the aggressive push for such “personal allowance programs,” they have seldom succeeded. But as tracking and surveillance technology continues to advance, the “climate change” narrative is aiding the group in getting vast amounts of the population to accept the idea of being tracked and surveilled while having less freedom.

The WEF focuses on what they identify as roadblocks to their agenda, social and political resistance, a lack of awareness, and “fair mechanisms” to track individual emissions.

The post, which says the views are “those of the author alone and not the World Economic Forum,” sees “an improved” world in not just technology but also society while mentioning catastrophic pandemic restrictions in a positive tone – proof the population can be trained to show “individual social responsibility.”

“A huge number of unimaginable restrictions for public health were adopted by billions of citizens across the world,” the WEF blog piece says.

The result is billions are also now more likely to accept restrictions in other areas of their lifestyle.

The plan is to use surveillance technology to track the carbon emissions of every individual, as well as give “individual advisories on lower carbon and ethical choices for consumption of product and services.”

Moreover, the costs for “carbon-intensive” activities and goods should be increased – while offering economic incentives to reduce demand – in other words – a “low carbon emissions social credit system.”

The creation of new social norms is also recommended.

But it’s not just how you travel, eat and heat your home – the WEF wants to control what you say.

Last month we reported the WEF’s plan to combat “disinformation and hate speech” by using “human and artificial intelligence” in the group’s so-called battle against “the dark world of online harm.”

One solution would enable a combination of AI and “subject matter experts” to “detect nuanced, novel online abuses at scale before they reach mainstream platforms.”

Goldberger adds the AI approach to content moderation would allow human and AI teams to flag and remove items deemed high risk after transmitting millions of sources through training sets.

“Supplementing this smarter automated detection with human expertise to review edge cases and identify false positives and negatives and then feeding those findings back into training sets will allow us to create AI with human intelligence baked in,” Goldberger wrote.

They would first need to ban all elections, and arrest all dissenters. It only works in China because they have no free speech or voting rights.

Plausible deniability ~ what they call blaming the AI for taking your rights and destroying your freedoms. AI is programmed and controlled by man, it’s not AI and there will never be true AI ~ we are the AI.

I expand my “carbon footprint” every winter by burning dirty, filthy, deep mined Kentucky coal to heat my home.

Because carbon is the element of life here on this planet we call earth. Without carbon there is NO life on earth, period!

Ha !
Klaus Schwab wants us to “hurry into the showers”…we’ve heard that one before.

It appears that the WEF wants into all of our business…while personal privacy gets trampled by their globalists. I always remember the names, Fauci, Gates, and Brix, because what they are birthing in this nation, is the destruction of freedom, hope and prosperity. And all while keeping an innocent look on their faces.

Well,there’s one sure thing.AI won’t be around for the benefit of the plebs and anyone who thinks differently needs their heads examining.What it will do however is to lessen the chances young people
have of getting on in life by being smart.Why bother to be quick thinking,you won’t beat AI.Look at what the bookmakers have done to horse racing.HUTBERS adage is correct—progress means deterioration.

Tesla said it best when they called it an Energy Storage System. That’s important.
They do not make electricity– they store electricity produced elsewhere, primarily by coal, uranium, natural gas-powered plants, diesel-fueled generators or minerals. So, to say an Electric Vehicle (EV)
is a zero-emission vehicle is not at all valid.
Also, since twenty percent of the electricity generated in the U.S. is from coal-firehttps://www.youtube.com/watch?v=dSm7bjGjEwMd plants, it follows that forty percent of the EVs on the road are coal-powered, do you see? If not, read on.
Einstein’s formula, E=MC2, tells us it takes the same amount of energy to move a five-thousand-pound gasoline-driven automobile a mile as it does an electric one. The only question again is what produces the power? To reiterate, it does not come from the battery; the battery is only the storage device, like a gas tank in a car.

I agree. I was about to say the exact same thing.

These people need to be overthrown or there is no way out. Look at what starts worldwide in November with the money

Schwab and the globalists are creepy. They are trying to drain the USA, and really, all countries of their sovereignty to seize control. This is a setup for the Antichrist.