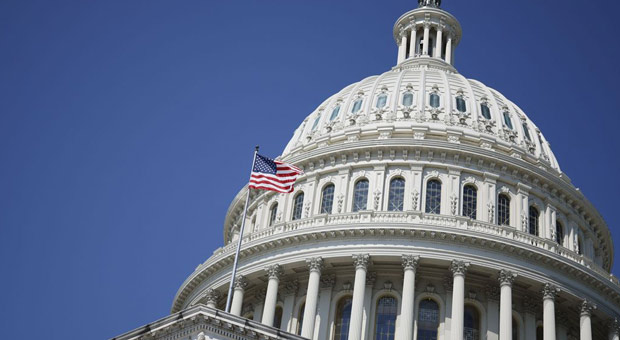 A leading analyst has warned there may not be a presidential election in 2024 due to rampant corruption and cheating.

Armstrong, who correctly predicted the 2008 financial collapse, also said that “the United States will not exist after 2032” due to the fallout from a massive economic collapse.

The Analyst made the bleak predictions during an interview with Greg Hunter:

“The cheating in the midterm election next week is going to be so great that it is almost impossible to make a prediction,” said Armstrong.

“In a fair midterm election, the Republicans would win the House and the Senate,” he added.

He also revealed he received emails from people in Canada saying they had been delivered voting ballots for Pennsylvania.

“Where this ends up, who knows? It’s just so corrupt, it is over the top,” he said.

“It doesn’t matter who wins. Nobody is going to accept this thing, and that is the problem,” he said.

Armstrong said that the midterm result will “not be accepted” no matter who wins, adding that Trump will not be able to run in 2024 due to a total loss of confidence in the system.

RELATED: Rob Reiner Freaks Out About Midterms: ‘This Could Be Our Last Election’

He warned that any world leader who stands against the regime’s agenda would be eliminated.

“This is a worldwide effort,” he said.

“They had to get rid of Trump. The other one who stood in their way is Bolsonaro,” he added.

“Then there is Putin (Russia) and Xi Jinping (China). I think you are going to have historians look back at this 50 years from now, and they will call this period ‘The Climate Change Wars’… They are trying to take down as much oil energy capacity as possible.”

According to Armstrong’s computer modeling, the United States will see tremendous domestic unrest next year as conditions are ripe for “a rocket launch for volatility and civil unrest.”

“The United States will not exist after 2032,” Armstrong declared.

“America is being destroyed,” he warned.

Armstrong also warned that “the whole monetary system as we know it is collapsing.”

“That was what the bond crisis in the UK was about,” he said.

You all need to take your doomsday hopes and shove them where the sun does not shine.
If you are all out for having a NWO turn the screws on life as we know it, then bow down. Most of us will likely load and lock.

“MOST of us”, might be a very small percentage.

Please explain Your interpretation of Dogma.

dogma
dôg′mə, dŏg′-
noun
A doctrine or a corpus of doctrines relating to matters such as morality and faith, set forth in an authoritative manner by a religion.
A principle or statement of ideas, or a group of such principles or statements, especially when considered to be authoritative or accepted uncritically.
A settled opinion; a principle, maxim, or tenet held as being firmly established.