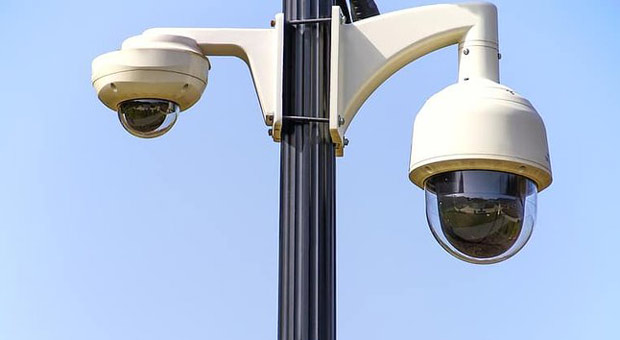 A new surveillance infrastructure is underway in the U.K, with millions of facial recognition cameras already being installed across British streets.

A new facial recognition camera, which sits inside street lights, consists of two lenses with two other indeterminate features that serve as the nose and mouth. The cameras also hang from a pole ringed with spikes to protect its hardware.

Millions of these cameras have quietly been installed throughout Britain in recent months.

The cameras are made by a Chinese state-affiliated company, Dahua, and are equipped with controversial facial recognition software, a technology favored by Beijing and other totalitarian regimes.

What’s more, Dahua also has a worrying track record of severe cybersecurity vulnerabilities, which has led to mass hacks of its cameras – even the company admitted there is a ‘very high potential for hacks.

The company has also been implicated in human rights abuses conducted by the Chinese Communist Party. Such software is used to pick out anyone with the distinctive features of an Uyghur Muslim – the ethnic minority currently persecuted in China. Dahua refers to the sadistic feature as ‘Real Time Uyghur Warnings.’

The extent of China’s human rights atrocities against Uyghur Muslims, reported only last week, revealed ‘credible evidence’ of torture, possibly amounting to ‘crimes against humanity,’ according to the U.N.

The abuse included horrific acts such as rape, water-boarding, injecting Uygurs against their will, and strapping them to torture aids known as ‘tiger chairs.’

Despite the horrific background of this technology, they are now being quietly installed in the U.K.

Meanwhile, the U.S. has banned cameras made by Dahua and Hikvision due to “security threats.”

But the companies deny this, with Hikvision arguing that it is “committed to upholding the right to privacy and protecting people and property.”

Privacy campaigners and politicians have expressed concern about the implementation of such technology.

As The Daily Fetched reported in July:

“The Southern Co-op’s use of live facial recognition eradicates shoppers’ right to privacy and is highly likely to breach data protection law. Innocent people could be placed on secret watchlists without due process, meaning they could be spied on, blacklisted in multiple stores, and even denied food shopping. This use of facial recognition technology is deeply chilling and we urge the public to boycott the Southern Co-op whilst it continues to spy on shoppers.”

“Integrated facial recognition systems will soon be capable of everyday enforcement, such as stopping fare dodgers at ticket barriers, finding people wanted for anything from burglary to parking fines, or tracking those who have flouted immigration rules or broken curfews.”

“But there is no legal framework around how serious an offence has to be before this technology is used, perhaps on people, for example, breaking Covid rules.”

READ MORE:  WH Press Secretary: You're an 'Extremist' If You Don't Trust the Mainstream

“And people who have given their photograph when buying a travel card probably wouldn’t have consented to this later being used to find them in a crowd.”

Silkie Carlo, director of Big Brother Watch, warned that “Britons have always closely guarded our privacy . . . but we are sleepwalking into a society where everything we do, say, or spend is tracked and monitored.”

“The potential for Britain’s enormous structure of mass surveillance, including facial recognition, to be used against its own citizens — whether a cyber attack or a conflict — is phenomenal, and poses a serious danger to our security and freedom.”

Sent to China, of course.