WEF-Linked Expert: ‘Drinking Recycled Sewage’ Will ‘Help Save the Planet’ 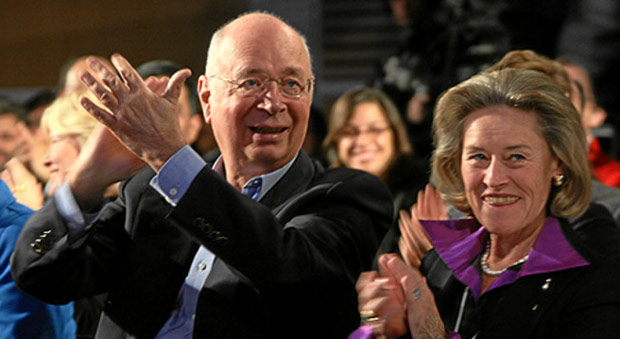 U.K. Environment Agency Chief Sir James Bevan, who has ties to The World Economic Forum, says people need to be “less squeamish” about drinking recycled sewage water as many countries around the globe fall into the WEF’s ideology of consuming fewer resources to help the environment.

Drinking recycled wastewater, once confined to the realms of dystopian sci-fi films, is now gaining traction across the globe as the WEF penetrates governments.

“The recent rainfall hasn’t changed the underlying position in this country: many parts are likely to stay in drought for months, and if we have a dry winter, then next year will be even more challenging,” Bevan writes.

“Part of the solution will be to reprocess the water that results from sewage treatment and turn it back into drinking water – perfectly safe and healthy, but not something many people fancy.”

Bevan goes on to suggest that the idea of drinking sewage needs re-marketing, and there was a need to “change how we think about water.”

“We will need to be less squeamish about where our drinking water comes from. Part of the solution will be to reprocess the water that results from sewage treatment and turn it back into drinking water — perfectly safe and healthy, but not something many people fancy.”

Meanwhile, U.S. water supplies are scrambling under the strain of the ongoing drought, resulting in ten areas being given drought status by the Environment Agency.

The U.S. government recently told farmers and ranchers in Northern California to stop diverting water from a region dedicated to protecting fish.

“There’s been a public health legacy where sanitary engineering practices and regulators considered sewage a waste, it was something to be avoided, something to be feared,” said Brad Coffey of the Metropolitan Water District of Southern California.

“Now that we have the technology … the public, the regulators, the scientific community has much greater confidence in our ability to safely reuse that water supply.”

The plan hinges on the State Water Resources Control Board, which legislators have tasked with developing a set of uniform regulations by December 31 which would govern potable reuse.

“This is going to be the future of L.A.’s water, the future of the state’s water supply,” said Gonzalez, who added that the Headworks project could come online within the next five years.

L.A. plans to recycle 100% of its wastewater by 2035 per a pledge made by Mayor Eric Garcetti several years ago.

To achieve this, L.A.’s Hyperion Water Reclamation Plant – which currently only treats wastewater so it’s clean enough to release into Santa Monica Bay – must be completely converted into an advanced water purification facility that produces clean enough water consume.