Trump: I Think FBI Agents ‘Took My Will’ during Raid 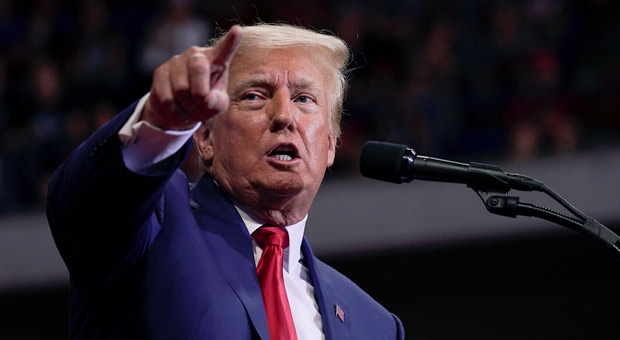 Former President Donald Trump said he thinks FBI agents “took my will” during last month’s raid at his Mar-a-Lago home in Florida.

“They took a lot. I think they took my will,” Trump said on Fox News’s “Hannity.”

“I found out yesterday, I said, ‘where is it?’ I think they took my will,” Trump said.

Inquiries regarding the raid were later referred to the Department of Justice.

Some 100 documents marked as classified and over 11,000 non-classified documents were taken from Trump’s home by FBI agents on August 8.

Three of Trump’s passports were also seized during the raid.

Trump said that the FBI took “complete and highly confidential medical file and history” in addition to tax records.

If the will was taken, “that could cause a lot of problems if that gets published,” Trump said on Tuesday.

FBI agents demanded surveillance cameras be switched off during the raid at Mar-a-Lago, Trump and his team said.

Trump’s team refused to comply with the FBI’s demands that surveillance cameras be switched off.

“Well, they’ve asked me not to do it because they feel the FBI agents might be in physical harm and danger because there is a fervor in this country,” Trump said.

“This country is so tired of this stuff so I have not done it.”

“You could pixel out their faces to protect their identity?” Hannity asked.

“I guess I could do that,” Trump said.

Earlier this month, Former Clinton advisor, Dick Morris, said he believed the FBI raid was more to do with the agency evading Trump, not the other way around.

“I think that one of the big reasons — if not the major reason — that the FBI seized those documents is that they incriminate not Trump, but the FBI in the Russia collusion scandal, in the scandal of spying on Trump’s campaign, and in the scandal of fabricating evidence to the FISA court to lead to wiretaps on key Trump officials,” Morris said.