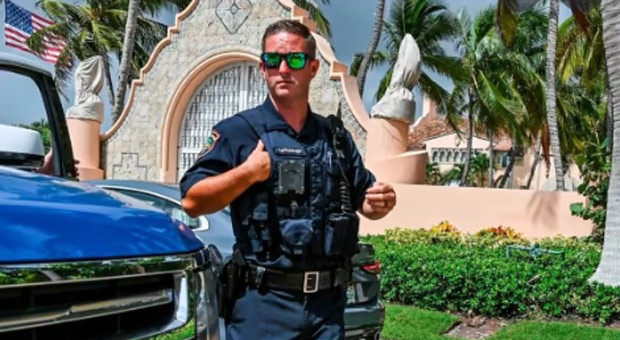 Former Clinton advisor, Dick Morris, said he believes last month’s FBI raid on former President Donald Trump’s home is more to do with the FBI evading him, not the other way around.

“We need to go from defense to offense on this.”

“I think that one of the big reasons — if not the major reason — that the FBI seized those documents is that they incriminate not Trump, but the FBI in the Russia collusion scandal, in the scandal of spying on Trump’s campaign, and in the scandal of fabricating evidence to the FISA court to lead to wiretaps on key Trump officials.”

Morris, who has also been an advisor to former President Trump, said he believes Trump would not have taken documents with him to Mar-a-Lago.

“Why would Donald Trump take documents with him to Mar-a-Lago that could impact could be bad for him and not declassify them so that they were innocuous,” he said to host Rita Cosby.

“Why would he do that? He wasn’t writing a book or anything like that,” the former Clinton advisor stated.

“I think the only reason that he took them with him — well, the major reason — was for him to review them to find evidence implicating the FBI,” he added.

“That’s why they raided Mar-a-Lago to get a hold of that stuff before Trump did. And I think that what we’re looking here is not about Donald Trump evading the FBI, but the FBI evading Donald Trump,” he said.

READ MORE:  Adam Schiff Accused of Leaking Classified Information: 'A Felony at Minimum, Up to Treason'

According to Morris, the FBI wanted the documents because they exposed their abuse of power.

“He doesn’t look like he was getting them to review them for his memoirs or anything — he’s not writing them — but in order to go through the evidence himself and see what it implicated the FBI and its conduct against him,” he said.

He added that the recent raid would not conclude with Trump being indicted.

“That means they can’t use one in the case of the other. So, effectively, until the special master reviews the documents, they can’t use any documents for criminal investigation,” he added.

“And I think that eventually they will not have the basis for an indictment of Trump. I used to think he might be indicted, but I’ve now come to the view after Judge [Aileen] Cannon’s order, that he will not be,” he said.

Trump’s attorney said she is disturbed by the leaks from the Department of Justice on the raid.

“This is incredibly disturbing to me in terms of leaks coming from the Justice Department,” Alina Habba said Wednesday on the Newsmax show “Wake Up America,” Newsmax reported.

She added the raid was just another example of opponents politicizing the Department of Justice and FBI.

According to the most recent leak, an unnamed source said that information on the nuclear capabilities of another nation was found in the documents, as per The Washington Post.

The attorney said, “when you have to defend yourself [as the DOJ is currently doing], stories come out. … And I think that’s exactly what they are, just stories.”

She said that the media’s telling of the story is “inconsistent, outrageous, and all over the map.”

The FBI along with Comrade Garland need to be arrested and sent to GITMO.

I would rather see him decorating an Oak Tree on the White House lawn.

I believe you misspoke, here let me fix it for you.

The FBI along with Comrade Garland needs to be arrested and sent to HEL!

Justice will be done when the 52 Dems (FBI, CIA, DNC, etc) who put together the Russia hoax (with Hilldabeast at the top of the chain) are publicly burned at the stake. Since she has been a practicing witch since the 70’s, it would be fitting.

d**k Morris is a little toad. He is universally wrong on everything.

I believe it is you who is a little toad and pissed because Morris is right again.

Nancy Pelosi Caught Out Over Mysterious 'Timing' of Her MASSIVE Stock Trade, DOJ Lawsuit
In the closing days of Nancy Pelosi’s reign as House speaker and weeks before an antitrust lawsuit...
No posts found
wpDiscuz
6
0
What are your thoughts? Click to commentx
()
x
| Reply