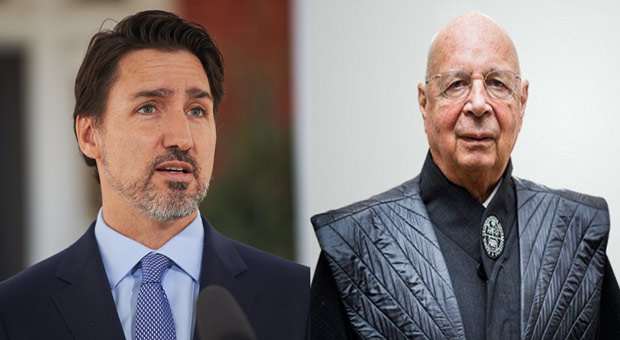 The World Economic Forum has received a significant boost from Justin Trudeau’s government amid their partnership with the Known Traveler Digital Identity Project, according to newly released documents.

The partnership was revealed by Conservative MP Leslyn Lewis, who filed an Order of Inquiry with Transportation Minister Omar Alghabra earlier this year about the Known Traveler Digital Identity (KTDI) Project.

But due to implementation delays caused by the COVID-19 pandemic, the project is yet to launch.

The Canadian Transportation Minister said that the WEF is among several partners on the project:

“This project is based on voluntary contributions from project partners. All project partners are responsible for their respective costs associated with participation,” Alghabra said.

“Project partners include the Government of Canada, the Government of the Netherlands, Air Canada and Royal Dutch airlines, Toronto, Montreal, and Schiphol International Airport, and the World Economic Forum,” Alghabra added.

The proposed technologies for the program include “distributed ledger technology, biometric technology, and cryptography.”

The budget for the project is “$105.3 million over five years, starting in 2021-22, with $28.7 million in remaining amortization and $10.2 million per year ongoing to Transport Canada to collaborate with international partners to further advance the KTDI pilot project.”

As The Daily Fetched previously reported, the WEF has lobbied for a Chinese Communist Party-style “social credit score” system.

According to a WEF website post penned by the director of India’s Ministry of Housing and Urban Affairs Smart Cities Mission, the new surveillance system, dubbed “My Carbon initiatives,” is all about the “inclusivity of citizens” in reducing carbon emissions.

Despite the aggressive push for such “personal allowance programs,” they have seldom succeeded. But as tracking and surveillance technology continues to advance, the “climate change” narrative is aiding the group in getting vast amounts of the population to accept the idea of being tracked and surveilled while having less freedom.

The WEF focuses on what they identify as roadblocks to their agenda, social and political resistance, a lack of awareness, and “fair mechanisms” to track individual emissions.

The post, which says the views are “those of the author alone and not the World Economic Forum,” sees “an improved” world in not just technology but also society while mentioning catastrophic pandemic restrictions in a positive tone – proof the population can be trained to show “individual social responsibility.”

In September, the WEF launched a new digital currency space named ‘The Crypto Sustainability Coalition,’ which they say will reward groups taking action against ‘climate change.’

The coalition, consisting of 30 different groups, merged to leverage Web3 tech, cryptocurrencies, and blockchain, which will help the world become carbon neutral, they claim.

The coalition launch is timely as there is an urgent need to support the decarbonization of cryptocurrency and ensuring the industry is part of the climate solution. Furthermore, there needs to be regulatory clarity that promotes web3 innovation, protects consumers, and improves financial inclusion.

i wish he had contributed $25 billion….maybe that amount would have been high enough to wake canadians up to the fact that canada is in a state of far left ultra woke collapse

there have been a few tiny squeaks of rebellion coming out of alberta and saskatchewan recently, like mice fleeing from a leaking grain bin at the approach of a barn cat