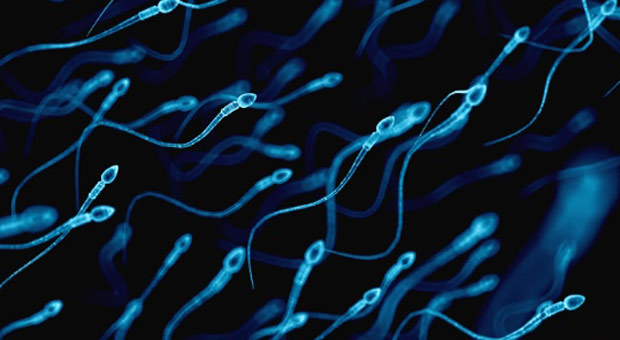 A new Israeli study has found that men’s sperm counts across the globe have dropped by 62 percent in just under 50 years.

The Hebrew University and Hadassah Medical Center in Jerusalem, which conducted the study, found a 52% drop in sperm concentration and a 62% drop in the overall count between 1973 and 2018.

The study also found that rates are accelerating amid concerns about the increased risk of chronic diseases related to low sperm counts.

“We should be amazed and worried by the finding,” said Prof. Hagai Levine from the School of Public Health at the Hebrew University.

“The trend of decline is very clear,” he told the Times of Israel.

“This is a remarkable finding and I feel responsible to deliver it to the world. The decline is both very real and appears to be accelerating,” he warned.

The study derived numbers from 10,000 scientific journals focusing on peer-reviewed studies from 53 countries.

“Our findings serve as a canary in a coal mine. We have a serious problem on our hands that, if not mitigated, could threaten humankind’s survival,” Levine told the news site.

“We urgently call for global action to promote healthier environments for all species and reduce exposures and behaviors that threaten our reproductive health,” he said.

Prof. Shanna Swan from New York’s Icahn School of Medicine also warned that the drop in sperm counts is part of a much bigger decline in men’s health.

“The troubling declines in men’s sperm concentration and total sperm counts at over 1% each year, as reported in our paper are consistent with adverse trends in other men’s health outcomes,” she said.

“These include testicular cancer, hormonal disruption and genital birth defects, as well as declines in female reproductive health,” Swan said.

Earlier this year, The Daily Fetched reported that male infertility was involved in one in every three rounds of IVF in 2020, with most men not knowing what affected their potency, according to reports.

The Assisted Reproductive Technology in Australia and New Zealand 2020 report from the University of New South Wales (UNSW) found that 20 percent of IVF rounds in 2020 were due to an infertile man, with another 11.2 percent due to both a man and woman being infertile within a couple.

Three-quarters of infertile males were left undiagnosed after the underlying cause was not identified.

“(That) reflects our lack of understanding of the reasons for poor semen quality,” Fertility Society of Australia and New Zealand President Luk Rombauts said.