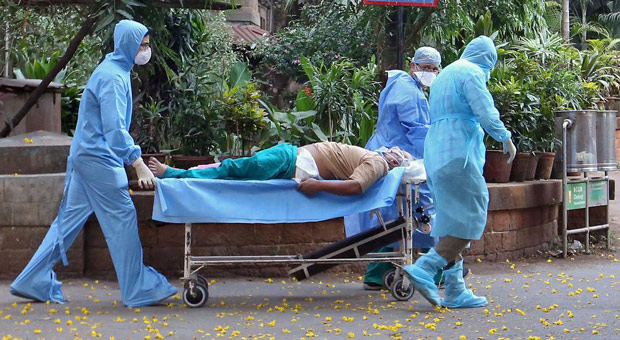 Unusually high death rates are being reported in European countries like the Netherlands, Germany, Spain, Portugal, and the U.K.

The death rate has sharply risen in Europe by an average of 11 percent since April this year.

But experts are more baffled by the fact the deaths are not directly related to the coronavirus.

Volkskrant – a top newspaper in the Netherlands, reported that hundreds more people are dying every week than usual.

The shady approach was criticized by Dutch commentator, Eva Vlaardingerbroek, who noted that health privacy was “universally suspended” when the Dutch government demanded citizens’ vaccination status when entering public places.

Elsewhere in countries like Spain, the excess death rates are much worse as reports that the country registered almost 10,000 more deaths than in the same month of 2019.

According to the statistics analyzed by the Carlos III Health Institute, Spain’s rising death toll can be accounted for by coronavirus infections – but just 1,872 deaths were attributed to Covid-19 – and another fifth due to the extreme temperatures.

The Spanish government admitted tha many deaths could not be accounted for and ordered a detailed investigation.

READ MORE:  Biden Says Student Loan Bailout Passed 'by a Vote or 2' Despite Congress Never Voting on It

Peiró describes the rising death toll as “incomprehensible” because deaths of the old and vulnerable, which the virus caught early on, are continuing to die despite most being vaccinated.

“We believed the coronavirus had already caught the weakest,” said Peiró, but now these elderly individuals are dying at very high rates.

In the U.K, almost 1,000 more people are dying every week than the previous year.

In August, The British authority for national statistics (ONS) published a report entitled “Direct and indirect health effects of the virus in England.

The authors examined the pandemic response and determined the connection between the lockdowns and fear of Covid-19, resulting in a drastic reduction in the diagnosis of other diseases.

In simpler terms, people who were too afraid to visit their doctor were not diagnosed due to Covid-19 patients receiving priority.

The report’s findings show compelling evidence that lockdowns had a catastrophic effect on public health.

In Germany, 85,285 people died in July alone, a 2 percent increase compared to 2018 to 2021, the federal Statistical Office (Destatis) reported.

But the actual data behind the deaths is still not available to the public.

The international cabal is all in. They are terrified about being charged with crimes to humanity.

I seriously doubt they’re worried at all. They control all the PMs, Presidents and judges.

Doubt they’re worried? They couldn’t care less. Probably glad to see the back of them.