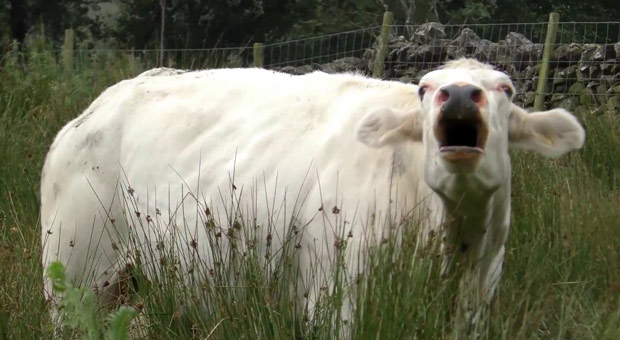 Several 300 euro fines have been handed to local Spanish farmers because one of their cows mooed over the allowed decibel limit.

The local council of the Spanish municipality of Siero slapped the farmers with a 300 euro ($293) fine after a neighbor complained that one of the cows was mooing too loudly.

The cow in question was just several months old when the loud mooing occurred last December.

But the fine was not handed down until this week, El Mundo reports.

The neighbor complained that the cow’s loud mooing had gone on for several months.

The farmers claimed that the cow had mooed and moaned more than normal but added, “it sounds ridiculous to have to justify the mooing of a cow.”

When police measured the cow’s mooing, they found it to be 74 decibels, which is above the maximum limit of 55 decibels allowed by the local government’s noise laws.

The news highlights how farmers are being hit from all sides as the government continues to make their job more challenging.

As part of a plan to reset agricultural production, the Labour administration, led by Jacinda Ardern, claimed the “farm levy” would be a world first, and farmers should be able to recoup the cost by simply charging more for their products.

Standing behind a podium of hay bales at a North Island dairy farm, Ardern and three of her ministers unveiled the government’s new plan.

“No other country in the world has yet developed a system for pricing and reducing agricultural emissions, so our farmers are set to benefit from being first movers,” Ardern said.

“Cutting emissions will help New Zealand farmers to not only be the best in the world but the best for the world.”