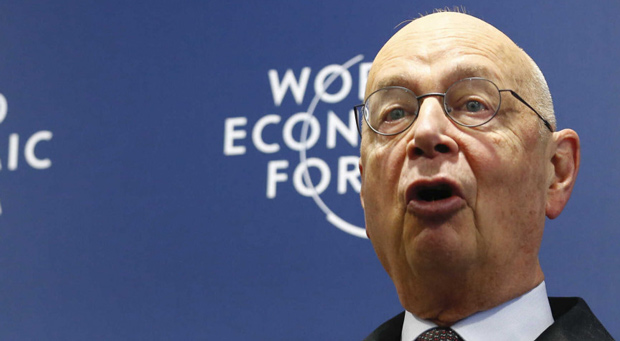 The World Economic Forum (WEF) is behind the global attack on farmers, most notably in Holland and the United States as the United Nations’ “Agenda 2030” Sustainable Development Goals makes headway, according to experts.

The U.N’s 17 Sustainable Development Goals (SDGs) are sown inside policies that are currently waging war on farmers and food supplies worldwide.

As the Epoch Times noted, the global plan is being helped by Chinese Communist Party (CCP) members within the U.N. system, who also assisted in creating the SDG.

Experts say that millions of people worldwide are facing dangerous food shortages, and it is set to get worse.

The U.N. documents revealed that private land ownership is also at risk as global food production is transformed to meet global sustainability goals.

According to the U.N. on its SDG website, the goals adopted in 2015 “build on decades of work by countries and the U.N.”

One of the meetings defining the “sustainability” agenda was the U.N. Conference on Human Settlements, known as Habitat I, which adopted the Vancouver Declaration.

‘You’ll own nothing and be happy‘

“Land cannot be treated as an ordinary asset controlled by individuals,” and that private land ownership is “a principal instrument of accumulation and concentration of wealth, therefore contributing to social injustice.”

“Public control of land use is therefore indispensable,” the U.N. declaration said, a prelude to the World Economic Forum’s now infamous “prediction” that by 2030, “you’ll own nothing.”

This all comes in the form of U.N. agencies’ vision of “sustainability,” which pushes for a massive reduction in meat consumption, travel, living space, material prosperity, and restrictions on energy.

According to The Epoch Times, which interviewed numerous experts, some of the world’s wealthiest and most powerful corporate leaders are working with communist China to centralize control over food production and destroy farmers.

Critics of the policies say the goal isn’t to preserve the environment or fight climate change but to gain control over food, agriculture, and people.

“The end goal of these efforts is to reduce sovereignty on both individual nations and people,” said Craig Rucker, president of the Committee for a Constructive Tomorrow (CFACT), a public policy organization specializing in environmental and development issues.

“The intent for those pushing this agenda is not to save the planet, as they purport, but to increase control over people,” he told The Epoch Times, adding that the goal is to centralize power at the national and even international level.

The World Economic Forum and Agenda 2030

Agenda 2030 was adopted in 2015 by the organization and its member states as a guide to “transforming our world.”

Top U.N. officials hailed the agenda as “master plan for humanity” and a “declaration of interdependence.”

“All countries and all stakeholders, acting in collaborative partnership, will implement this plan,” declares the preamble to the document, noting that “no one will be left behind.”

The plan also calls for international wealth redistribution and “fundamental changes in the way that our societies produce and consume goods and services.”

A crucial part of the SDGs is using the government to transform all economic activity.

In goal 12, specific targets are linked to agricultural policies that undermine food production. These include “sustainable management and efficient use of natural resources.”

The document also demands “environmentally sound management of chemicals and all wastes throughout their life cycle, in accordance with agreed international frameworks.”

This results in farmers being made to “significantly reduce their release to air, water, and soil to minimize their adverse impacts on human health and the environment.”

The war on farmers

According to the U.N., agriculture and food production as a “threat to the ocean.”

The other SDGs are tied to the “war on farmers,” including Goal 14, which addresses “marine pollution of all kinds, particularly from land-based activities, including … nutrient pollution.”

The U.N. Food and Agriculture Organization (FAO), led by former CCP Vice Minister of Agriculture and Rural Affairs Qu Dongyu, is among those leading the charge.

In its report in 2014, Building a Common Vision for Sustainable Food and Agriculture: Principles and Approaches,” the agency calls for drastic restrictions on pesticides, emissions, fertilizers, and water in the agricultural sector.

The U.N. also declares that “excessive use of nitrogen fertilizer is a major cause of water pollution and greenhouse gas emissions.”

Because U.N. leaders see agriculture and food production as significant climate change contributors, goal 13 is essential as it calls for governments to “integrate climate change measures into national policies, strategies, and planning.”

Goal 15, dealing with the sustainable use of terrestrial ecosystems, has multiple targets that affect agriculture and food production.

Meanwhile, U.N. agencies are working with governments to implement these sustainability goals in farming.

For example, the European Union has enacted various U.N.-backed biodiversity programs, like Natura 2000 and the E.U. Biodiversity Strategy for 2030, cited by the Dutch government.

The U.N. also boasts about its role in imposing the SDGs in Sri Lanka, which recently suffered massive food shortages linked to the same global sustainability programs.

Almost every national government worldwide says it’s incorporating the SDGs into its laws and regulations.

‘Partnership’ with The World Economic Forum

There is no surprise that the WEF is behind the effort, pushing a total transformation of society known as the “Great Reset” since 2020.

The official agreement defined “areas of cooperation to deepen institutional engagement and jointly accelerate the implementation of the 2030 Agenda for Sustainable Development.”

Many key officials behind Agenda 2030 have also worked with the WEF for decades.

The WEF recently launched a “Food Action Alliance” (FAA) that acknowledges on its website that Agenda 2030 “informs the ambition of the FAA to provide an enduring and long-term platform for multi-stakeholder action on food systems to meet the SDGs.”

The WEF’s FAA released a report in 2021 outlining its own “leadership agenda for multi-stakeholder collaboration to transform food systems.”

The document summarizes the FAA’s insights on “supporting transformative food system partnerships and its value proposition beyond the U.N. Food Systems Summit 2021 towards achieving the U.N. Sustainable Development Goals.”

The WEF released a 2010 report outlining a “new vision for agriculture” that included a “roadmap for stakeholders.”

“As global food systems become increasingly interconnected, effective coordination among a diverse set of stakeholders will be required,” WEF says on its “Strategic Intelligence” platform.

“The potential to craft new, systemic approaches to food systems that include a diverse array of stakeholders presents opportunities to help sustainably feed the world well into the future.”

The WEF also boasts it has brought corporate giants such as Coca-Cola into the fold toward a “more sustainable future.”

The Rockefeller Foundation, which also released a report on how to “Reset the Table” and “Transform the U.S. Food System,” is another big player in the elite’s plan.