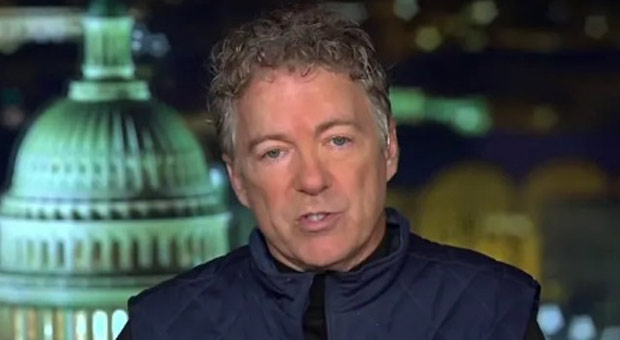 Sen. Rand Paul suggested the left-wing media have turned on President Joe Biden, instead focusing on the Hunter Biden corruption allegations and the classified document scandal to force him out of the 2024 Democratic presidential primary contest.

During a broadcast of FNC’s “The Ingraham Angle” on Friday, Laura Ingraham asked Paul whether Biden is being taken out.

“Senator, do you subscribe to this theory that there is or it appears to be some type of internal attempt to take Biden out of the 2024 running?” Ingraham asked.

“I think if you watch the news cycle, there’s a startling difference in the last week or two, particularly over the classified documents and perhaps over some of the corruption charges with Hunter Biden,” Paul replied.

“They’ve been steadfast in ignoring this, you know, for years and really not reporting on it at all,” Paul added.

“I think the fact that they’re reporting on it now, if I had to guess, if we were in the boardroom of some of these left-wing media outlets, what we’d be hearing is, it’s time to sort of ease him out, make sure that he knows that he can’t run again, in case he’s rumbling that he might run again,” he said.

“I think most of us have suspected that he wouldn’t run again,” he continued.

“But I think the Democrats and those in charge of the Democrat wing of the press, I think, they want to make sure that he’s pushed enough that he knows he can’t run again, so they can start looking for a new candidate,” he added.

Similarly, Rep. Matt Gaetz suggested the focus on the classified documents scandal is because “Democrats are taking out Joe Biden.”

“There’s an element to this that feels like the Democrats are taking out Joe Biden,” Gaetz told Fox News.

“But just as Joe Biden is hardening the cement around his decision to run for president again, they start looking for what classified documents might have been tucked away eight years ago,” Gaetz added.

The news comes as the Justice Department found even more documents with classified markings at Biden’s home on Friday.

The latest trove includes six documents, days after the White House claimed the search for all classified documents was completed.

READ MORE: Biden Claims He Frequented Black Church during CRM, But Nobody Remembers Him