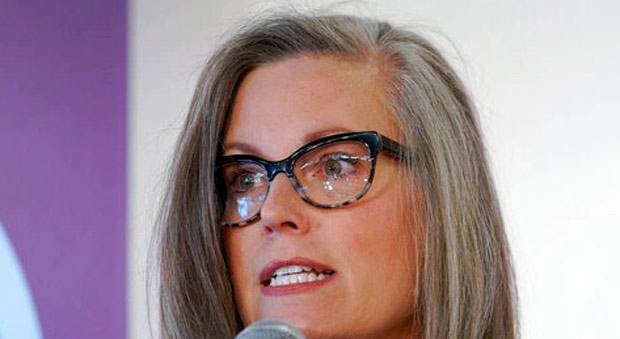 Governor-elect Katie Hobbs played a key role in censoring social media speech while serving as Arizona’s secretary of state, according to reports.

According to documents submitted as part of discovery in the case Missouri v. Biden, Hobbs’ office contacted the nonprofit, the Center for Internet Security (CIS) – which acts as a mediator between social media companies and government entities, to request a “review” of Twitter posts which claimed Arizona’s voter registration system was owned by foreign actors.

“This is an attempt to further undermine confidence in the election institution in Arizona,” Hobbs’ office said.

Twitter promptly told CIS it would “escalate” their issue.

Hours later, Twitter notified CIS it had removed the offending posts. The exchange took place a day after the Capitol riots.

“Both Tweets have been removed from service,” stated Twitter.

According to court filings, Hobbs began focusing on her narrative of the dangers misinformation and disinformation pose.

While Hobbs was on the campaign trail last September, she said her work was focused on eradicating speech deemed misinformation or disinformation.

“I’ve fought against misinformation and even death threats to defend Arizona’s elections,” wrote Hobbs. “I’ll always fight the spread of misinformation and never back down from telling the truth. We can’t let the conspiracy theories win.”

Shortly after it was revealed that Hobbs meddled in social media suppression in the wake of the explosive Twitter files, Hobbs’ team scrambled for a new narrative to counter the bad press.

Bones dismissed concerns about the government’s suppression of online speech.

“One of the ways we [make sure that voters are informed] is by working to counter disinformation online that can confuse voters,” stated Bones.

Bones also blasted GOP leaders who called for Hobbs to be investigated, saying they were taking speech monitoring out of context.

“This email exchange is from January 2021, as shown in the screenshot. Not only was it taken entirely out of context, it has nothing to do with this year’s midterm election,” stated Bones. “This is yet another example of conspiracy theorists trying to create chaos and confusion by casting doubt on our election system. It’s unfair to Arizona voters and it’s harmful to our democracy.”

Bones told Axios that “seeking the removal of verifiably false information is not silencing dissent.”

In a 2020 report, CIS noted it leveraged relationships with election officials and its past work in “correcting election misinformation” to create the communications hub.

CIS also explained in its report that it issued over 40 threat intelligence alerts originating from them and the federal government to state and local election officials.

In response, election officials would issue feedback to CIS before being passed on to the Cybersecurity and Infrastructure Security Agency (CISA)

“These disseminations addressed the range of phishing, exploitation, and misinformation threats faced by the election community in 2020, including the threat indicators needed to mitigate them,” stated CIS.

Contacts and funding to execute EI-ISAC’s mission are the least of CIS’ worries. At the helm of the nonprofit is a former top official for the Obama administration: John Gilligan. The president and CEO served as a senior intelligence and security advisor for the Air Force, Department of Energy, and White House Cyber Security Commission.

CIS works with all 50 states in over 2,900 election offices nationwide.