IEA Chief: ‘The World Is in Middle of the First Truly Global Energy Crisis’ 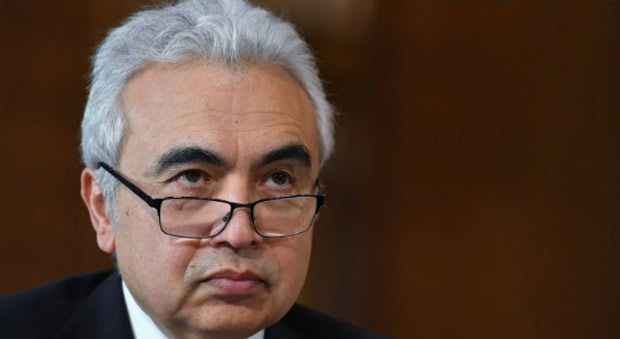 The executive director of the International Energy Agency, Fatih Birol, warned that Russian gas is crucial now that “the world is in the middle of the first truly global energy crisis.”

According to IEA projections, global oil consumption will grow by 1.7 million barrels a day in 2023.

Birol added that Russian crude would be required to bridge the gap between demand and supply.

A U.S. Treasury official told Reuters that it is not unreasonable to believe that up to 80% to 90% of Russian oil will continue to flow outside the price cap mechanism if Moscow seeks to shun it.

“I think this is good because the world still needs Russian oil to flow into the market for now,” Birol said.

“An 80%-90% is good and encouraging level in order to meet the demand,” Birol added.

The IEA Chief also warned that natural gas and LNG markets would tighten even more in 2023, with just 20 million tons of new liquefaction capacity in that year.

Birol’s remarks come amid reports of brutal winters for Europe in 2022 and 2023 as the global energy crisis worsens.

Next winter could be much worse for Europe because the E.U. could stock up on Russian pipeline gas, leaving the E.U. with a supply gap that other suppliers may be unable to fill.

Meanwhile, around 60 LNG tankers have turned into floating storage off European coasts due to low regasification capacity on the continent to unload the cargo.

Andrew Lipow from Lipow Oil Associates told CNBC this is delaying some of the tankers’ return to the Gulf Coast to reload, pushing gas inventories higher.

“The wave of LNG tankers has overwhelmed the ability of the European regasification facilities to unload the cargoes in a timely manner,” Lipow said.

In 2018, President Donald Trump warned attendees at the U.N. General Assembly that Germany would become “totally dependent on Russian energy” if it didn’t “immediately change course.”