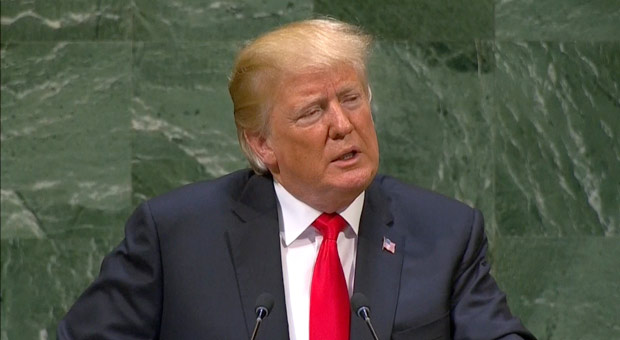 In 2018, President Donald Trump warned attendees at the U.N. General Assembly that Germany would become “totally dependent on Russian energy” if it didn’t “immediately change course.”

As the ongoing gas crisis across Europe gets rapidly worse, political tensions in Germany grow as the country’s economic and climate minister, Robert Habeck, blasts his political rivals in the Christian Democratic Union (CDU).

Despite Trump’s warning that energy dependence would endangering Germany’s security, Merkel’s government continued to push the green agenda and sprinted to move away from domestic fossil fuel production in the country.

In the wake of the Ukraine war, Germany has completely lost access to its gas supply from Russia, prompting fears of energy riots and deaths due to people freezing to death because they can’t heat their homes.

As Tagesschau reports, Habeck has faced criticism for his poor handling of the country’s nuclear power plants, which are to be wound down by the end of the year.

Habeck lambasted the rival party for being the cause of the hardship.

“[T]he [Christian Democratic] Union has ruled this country and many federal states for 16 years. Sixteen years of energy policy failure,” Tagesschau reports the minister as saying.

“And in a few months we will clean up what you screwed up, prevented and destroyed in 16 years,” he said.

Despite Green party politicians promising that the country will be able to fix the mess, it remains unclear how they will do so.

Because Germany has a chronic lack of natural gas, the country will struggle to keep itself supplied over winter.

Although authorities appeared to U-turn, saying they would keep on in reserve two of the three remaining nuclear plants, critics said the plants could not be used as reserve power stations as they can take days to start up.

“Sending two of the three running systems to the cold reserve at the turn of the year in order to start them up if necessary is technically not feasible and therefore unsuitable for securing the supply contribution of the systems,” a letter from one energy tsar to government officials in regards to Habeck’s plan reportedly read.