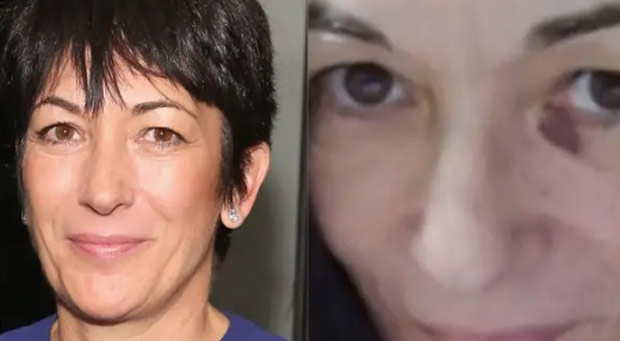 Sex trafficker Ghislaine Maxwell is to take a prison literacy test as she tries out for a call center job flogging cut-price internet TV and phone service, earning just $1.24 an hour.

The disgraced former madam for the late pedophile trafficker, Jeffery Epstein, is serving a 20-year sentence for procuring girls for him.

If Maxwell passes the prison literary test, she will spend time working for a telecommunications company that outsources some call center work to the Florida prison where she is held.

Imagine getting a cold call from Ghislaine Maxwell trying to flog you a cheap internet package!

Although she will earn three times as much as she currently earns in the jail’s law library, it will make a little dent in the $750,000 fine imposed by her trial judge.

According to The Mirror who spoke to an insider at the prison, many of the inmates at Florida’s FCI Tallahassee female prison work in the call center.

“The girls have been joking if she does move jobs, callers will think they’ve called Buckingham Palace with her posh accent. Being on the phones allows the girls contact with the outside world. Some find it a lifeline,” the source explained.

Customers receiving the calls will have no idea they are talking to a convicted criminal, whether a rapist, murderer or child trafficker.

Maxwell is currently trying to rebrand herself as a feminist in prison.
Astonishingly, Maxwell is now preaching about women’s empowerment in twice-weekly sessions for up to 40 cons.

“Taught by Mrs. Maxwell, this course teaches the three principles of etiquette – focusing on respect, consideration, and honesty,” reads a flyer pinned up inside Federal Correctional Institute Tallahassee.

According to sources at the low-security lockup, the four-week program covers everything from manners, dress, and how to carry yourself in a job interview.

“It’s less about balancing books on heads and being ladylike, and more about having confidence in yourself – how to behave and talk professionally, the secrets of success in the corporate world, that sort of thing,” said an insider.

“Miss Maxwell’s message is, so what if you’re a woman and a convicted felon, you’re not a second-class citizen. She’s an unlikely role model but she’s very passionate about this,” they added.

Maxwell was convicted in December 2021 of five counts of grooming minors for longtime confidante Epstein, who committed suicide in 2019.