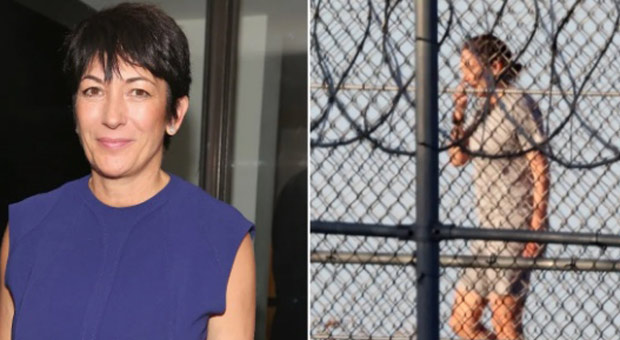 The disgraced socialite is attempting to rebrand herself as a feminist while serving a 20-year sentence for procuring girls for late pedophile lover Jeffrey Epstein.

Astonishingly, Maxwell is now preaching about women’s empowerment in twice-weekly sessions for up to 40 cons.

“Taught by Mrs. Maxwell, this course teaches the three principles of etiquette – focusing on respect, consideration and honesty,” reads a flyer pinned up inside Federal Correctional Institute Tallahassee.

According to sources at the low-security lockup, the four-week program covers everything from manners, dress and how to carry yourself in a job interview.

As The Daily Mail reports:

The course also counts towards the First Step Act, meaning inmates, including drug pushers, white-collar criminals, and convicted murderers, can shave up to 15 days off their sentences by attending.

It’s proven so popular that the notorious madam is hosting classes in both English and Spanish with the help of a Colombian inmate acting as a translator for the prison’s sizable Hispanic population.

“It’s less about balancing books on heads and being ladylike, and more about having confidence in yourself – how to behave and talk professionally, the secrets of success in the corporate world, that sort of thing,” said an insider.

“Miss Maxwell’s message is, so what if you’re a woman and a convicted felon, you’re not a second-class citizen. She’s an unlikely role model but she’s very passionate about this,” they added.

Our source added that Ghislaine Maxwell’s course ran from December 5 to 30 and a second round of lessons has been approved by prison authorities to start soon.

In the meantime, Maxwell – prisoner 02879-509 but nicknamed Max by incarcerated pals – is also teaching a yoga class as well as working in the prison library, helping the 755-strong female population pick out books and periodicals.

She’s got daily access to an enviable array of sporting facilities, including the 400-meter running track where DailyMail.com snapped the carefree con going for an hour-long jog in November.

Maxwell was convicted in December 2021 of five counts of grooming minors for longtime confidante Epstein, who commited suicide in 2019.

To the RIGHT WING MORONS who I am ashamed to share a conservative ideology with:

Biteme
Reply to  LIBERALS ARE SATANIC

Only Liberals have this kind of privilege.

Stop trying to make everything about race.

Htos1av
Reply to  LIBERALS ARE SATANIC

Ummm, isn’t she MOSSAD? I thought that was only goyim?