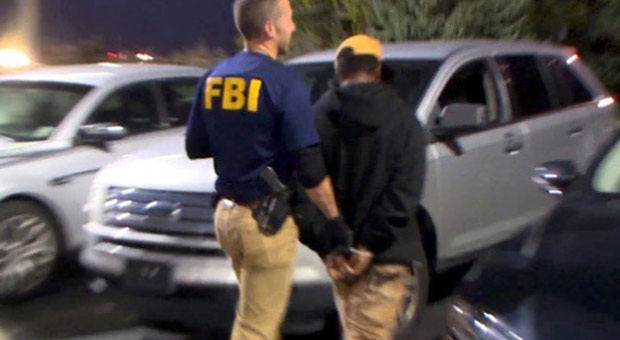 One hundred forty-one adults and 121 minors have been rescued as part of a massive nationwide operation against sex trafficking, which took place over a period of two weeks.

Eighty-four minor sex trafficking victims were rescued, and 37 actively missing children, according to The Department of Justice who announced the results of “Operation Cross Country” Monday.

“Human trafficking is among the most heinous crimes the FBI encounters,” FBI Director Christopher Wray said in a statement.

“Unfortunately, such crimes — against both adults and children — are far more common than most people realize,” he added.

The DOJ noted that the suspects will face investigation for potential charges.

According to reports, those recused in “Operation Cross Country” were as young as 11 years old.

The National Center for Missing and Exploited Children partnered with the operation.

“Children are being bought and sold for sex in communities across the country by traffickers, gangs, and even family members,” Michelle DeLaune, the president and CEO of the center, said in a statement.

“We’re proud to support the FBI’s efforts to prioritize the safety of children. This national operation highlights the need for all child-serving professionals to continue to focus on the wellbeing of children and youth to prevent them from being targeted in the first place.”

“What we do is we sit down with our local partners and our task forces and identify certain areas where we know sex trafficking is prevalent, and we’ll dedicate resources and efforts to identify and remove victims from those areas,” he said.