German PM: Anyone Protesting against Soaring Energy Costs are ‘Fascists’ 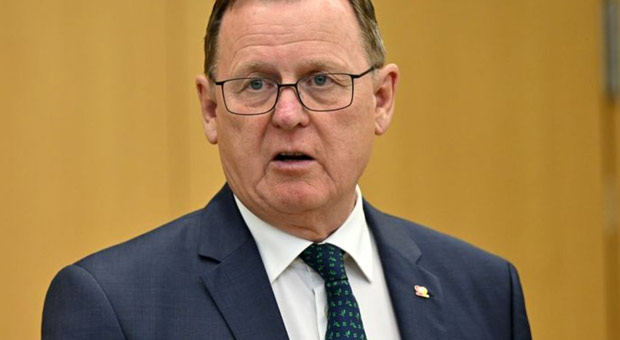 German state Prime Minister of Thuringia, Bodo Ramelow, said protesters demonstrating against the country’s green agenda, partly to blame for soaring energy costs, are part of a new “fascist movement” in the country.

Ramelow, a far-left Die Linke party member, claimed the right is being unified in the country because of energy protests, and it’s at the embryonic stages of a new “fascist movement.”

Meanwhile, other politicians and officials in Germany are blaming right-wing extremism for growing political unrest, which they say comes in the form of protests about the country’s energy and cost of living crisis.

In August, Herbert Reul (CDU), the interior minister of the German state of North Rhine-Westphalia (NRW), branded citizens protesting energy costs as “enemies of the state” and “extremists.”

Now Ramelow is comparing protesters to a new “fascist movement.”

According to a report by Die Zeit, the official compared protesters to the anti-Islamism Pegida movement, which was at its peak in 2015 and 2016.

“A new Pegida is emerging,” the paper reports his response to 36,000 citizens flooding to the streets to protest soaring energy costs.

“Everything that somehow belongs to the right-wing spectrum gathered there, reaching down to the deepest right-wing extremist milieu,” he continued, claiming that “the formation of a new publicly visible fascist movement” has arrived.

Remlow’s remarks appear to be an attempt by the country’s political mainstream to curtail populism.

Major politicians and state officials are increasingly trying to paint populists as a source of chaos and violence.

But the smear campaign appears to be in vain as the country’s Alternative für Deutschland party has made significant gains in the polls in recent weeks.

Due to the dismal handling of the energy crisis, support for establishment parties continues to diminish.

Many officials have predicted riots this winter as the country faces rolling blackouts, increasing inflation, and severe recession.