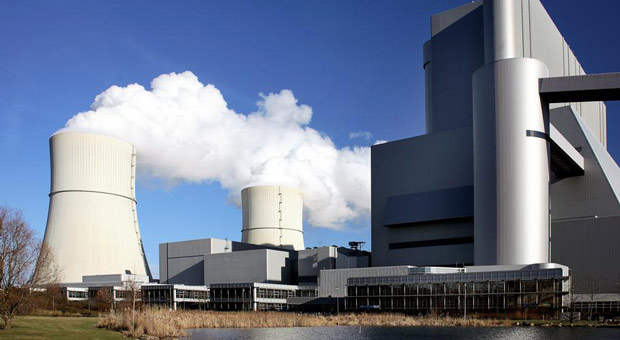 Germany is facing a complete collapse of its power grid this winter due to the soaring demand for electric heaters amid growing fears gas supplies could be cut off.

Germans have bought 600,000 electric heaters already in 2022, which is a 35 percent increase from usual numbers, and that figure is likely to rise as temperatures drop.

“Blackouts would not just hit private households but also affect German infrastructure, including cash payment systems, mobile phone networks, and street lighting, said Martin Kleimaier from the Association of Electrical Engineering (VDE). These networks could also be down for long periods of time.”

One apparent solution is to switch to smart meters, which can be remotely controlled to prevent a power grid collapse.

Meanwhile, Germany’s biggest cities are preparing for an energy crisis this winter as the country prepares to limit heat, shut off warm water and lighting.

As The Daily Fetched previously reported:

The German government will prevent Hanover’s municipal buildings from using heating that exceeds a temperature of 68F.

“Every kilowatt hour counts, and protecting critical infrastructure has to be a priority,” Onay said.

“We are facing hard times due to the Russian aggression on Ukraine.”

Meanwhile, a prominent German official warned of riots in response to energy shortages, saying it would make anti-lockdown protests look like a “children’s party.”

So an electric heater uses between 1000 and 3000 watts and that will crash the grid. How in the world are they prepared to go electric vehicles for everyone when a home charging station draws 7000 watts

There will be a booming market for human-powered electric generators. Get your FREE electricity, a cardio workout, and save the planet too!

Remember the movie “Soylent Green?” THAT is the future they intend for us.

Because EV adoption doesn’t zoom to 50% of households in year. The dire scenario given was if everyone used a heater. That isn’t going to happen either. There’s a bit of scare mongering here, since there will be natural gas available, just maybe not as much.

In normal times, the other reason EVs don’t crash the grid is that they charge from midnight onwards when other uses of electricity are at their lowest, so the grid can cope.

Um, ‘they’ are ignorant of math, physics and engineering?

Thank a fool, a delusional sicko, and a Fully confused racist. There, I fixed it for you.

No sympathy for them.
They were idiotic enough to become completely dependent on Russia for Fuel.
Then Stupid enough to insult and try to sanction Russia after Russia warned them they would be cut off.
They did it anyway and Russia simply made good on its warning.

Yes, I’m surprised that Putin took so long to do it. Were I he, I would have closed the gas lines as soon as the first load of military equipment left Germany.

Trump warned those snickering fools! Bwahaha, you did it to yourselves, ignorant populous sheep allowed yourselves to be incredibly led by self hating LIBERALS who in their piety to the ” supreme renewable, often clouded Sun energy” which is not there at the night time of Cold and Wet leaving you to Sacrifice your children to the Norse God of Cold and Furious in the WINTER. I laugh at your demise. I laugh at your predicament! I laugh at your supposed superior knowledge! I laugh at your failure of logical thought lost so long ago in your self grandiose ability not to be able to tell the difference between living life and the affability of living in a dream. You were warned by a better Leader than your weak and feckless government failures. Now, when h**l freezes over you will be present to see it!!

Quick! Put up more rows of windmills….there are still a few kilometers here and there along the Autobahns that have available gaps. And you can put up many more square kilometers of solar panels in those forest lands you denuded for firewood. Hey, it’s all for a good cause! Save the planet!

No, Mayor Onay, you are facing hard times due to your own foolishness, especially that of the former Chancellor/government who chose to abandon nuclear and fossil fueled electric power, and especially who chose to make yourselves dependent on Russian gas.

They laughed at Trump when he warned Germany this could happen if they bought their gas from Russia.

Trump tried to tell them, but would they listen?

Gee, if only they had alternatives to Russian gas…oh, wait, they did.

Germany is green with ignorance and stupidity while Putin and the communist laugh!

Well, it’s not THE Germans but the idiotic EU and the German government. Even so why the Germans themselves vote the Greenies is beyond me, but they only have 18% of the votes, however in governmental power! How is that? In order that the right wing party AfD under no circumstances get in the government there is the socialists, the green party, the liberals and the conservatives all part of the government all to stop the so called Nazis. Which is what they call the AfD, which ensures that hardly anyone will vote for them. The whole thing is though concocted, the AfD is no more Nazi than the others who actually are all lefties and ruining the economy and the country. To what end?
They are – it seems – all part of the New World Order. Bless them, the idiots.

Peasants with smart meters will be cut off remotely . Nice to know.

It’s not the Russian aggression on Ukraine but the stupid sanctions ruining the European economy – Germany in the forefront.

Left-Leaning 'The Breakfast Club' Hosts Stunned as Callers Say "I'd Rather Have Trump" than Biden
Hosts of Charlamagne tha God’s left-leaning ‘The Breakfast Club’ were left stunned...
No posts found
wpDiscuz
21
0
What are your thoughts? Click to commentx
()
x
| Reply