China Cuts Off Natural Gas Supplies to Europe, Just in Time for Winter 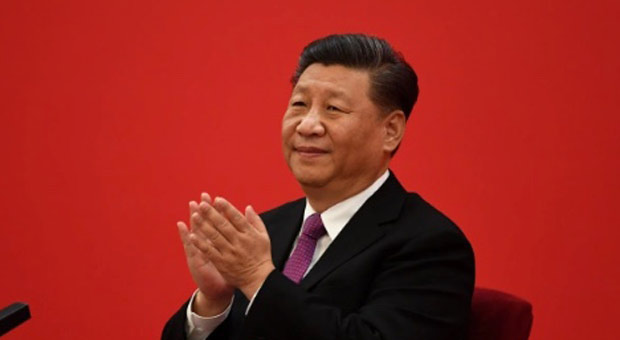 According to Bloomberg, the Chinese Communist Party’s National Development and Reform Commission also told the state-owned energy giants CNOOC, PetroChina, and Sinopec to halt shipments of liquified natural gas to foreign buyers in Europe and Asia.

China scooped up excess Russian gas since the war in Ukraine, as Europe faces an unprecedented energy crisis.

The communist nation has managed to build up an excess of liquified natural gas amid lockdowns to comply with Beijing’s zero-Covid agenda.

As Russia reduced shipments to the European Union in response to the bloc’s support of Ukraine and sanctions on Moscow, China began reselling its surplus LNG cargo to the EU at inflated prices.

According to estimates, some four million tonnes of liquid natural gas was resold by China, which accounts for approximately seven percent of Europe’s imports during the same period.

The Chinese government has not given a specific reason for halting the supply of natural gas supplies on the open market.

However, the move could be an attempt by Xi Jinping to aid his ally Vladimir Putin in putting the squeeze on Europe at a crucial moment.

Despite falling gas prices in Europe from their high in August, the European Union is still considering placing a price cap on imported LNG.

Russia’s state-owned Gazprom responded by threatening to cut off all shipments to Europe, forcing the EU to reach out to countries like China selling on the international market.

The EU globalists have rushed towards their green agenda and forestalled domestic energy production, specifically Germany, which banned fracking for its own natural gas in favor of cleaner alternatives.

The move, however, has just left the bloc beholden to Russia to meet its energy needs and, ironically, China to meet its green goals – given that almost all solar panels are made in China.

Last year, the head of the green lobbyist group, EU Pro-Sun Milan Nitzschke, admitted: “Everybody knows what’s going on in China, and when facilities are based there, you have to accept that there’s a high possibility that forced labour will be used.”

This is 100% propaganda. China said they were halting all exports of LNG to anyone not just the EU/NATO group. They are anticipating a colder than normal winter and will release exports when supply quotas are reached. The NATO sanctions and only the NATO sanctions are keeping Russian gas out of Europe. Not Russia. Russia has said they will sell all Europe wants or can take, no problem.

Should have listened to the real president Donald Trump. FJB.

Never, ever have just one supplier for any true necessity. Especially when you are dealing with terrorists.

For once, well done, China!

1. Europe is reaping the bitter fruits of some very bad decisions.
2. Do not trust China. China is a$$hole.