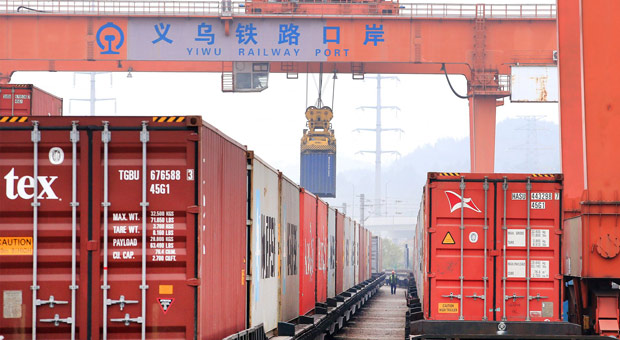 Communist China has responded to the new outbreak of COVID-19 by putting the world’s largest wholesale hub, Yiwu city in East China, under lockdown.

After reports of new infections in the country, COVID-19 spread in Yiwu, a city of 1.85 million, before spreading to other towns nearby.

The Chinese regime had been accused of underreporting the number of cases in the country since the pandemic started.

The new wave of COVID-19 infections in the city come from the Omicron variant BA.5.2, which medical authorities say is “more infectious.”

A series of control measures were put in place by Yiwu authorities, throwing the city into semi-lockdown status.

The government has prohibited residents from entering and leaving their residential communities unless deemed necessary.

Yiwu City has been an important import and export center, crucial for small commodities worldwide for many years.

There are currently over 2 million small and medium-sized enterprises in mainland China with business connections to Yiwu.

The owner of Qingkou Baolong Plaza in Yiwu told The Epoch Times that the whole area had been locked down after infection cases were found in Qingkou Night Market.

“The outbreak this time is serious, and there are many confirmed cases in Jiangdong district. Most businesses in Yiwu Small Commodity City are temporarily shut down, and the economic loss is huge. Dining-in is prohibited, but takeaways are still allowed, for now,” he said.

Meanwhile, tensions across the Taiwan Strait have been growing as the CCP pushes its “One China” principle while excluding liberal democratic Taiwan, further hurting global trade and supply chains.

Since the rigid 60-day lockdown in the city earlier this year to fight the spread of the Omicron Covid-19 variant, Qipu shop owners have become worried that the market’s halcyon days are behind it.

Once seen as a remedy to declining offline sales, online channels have also been waning amid weakening consumer demand as the world’s second-largest economy slows.

China’s economy has fallen short of expectations as the country this year has sought to contain its worst Covid-19 outbreak since the spring of 2020. Gross domestic product (GDP) grew just 0.4 percent in the second quarter, the lowest growth rate since China’s economy shrank by 6.8 percent in the first quarter of 2020, when the coronavirus shut down large swathes of the country. In June, total retail sales rose 3.1 percent year on year.

According to data, China’s economy slowed sharply in the second quarter, missing market expectations with juts a 0.4 percent increase from a year earlier.

Both tensions over Taiwan and the fallout of the Ukraine war are believed to be major factors.
“For the coming months, several factors will influence flows dynamics, among these the timing of inflation peaking and the outlook for the Chinese economy will be in focus,” IIF said.

Wow…who could have seen this coming? LOL!

If you pick something up in the store and it is Made In China, put it back. Time to boycott these bassturds.