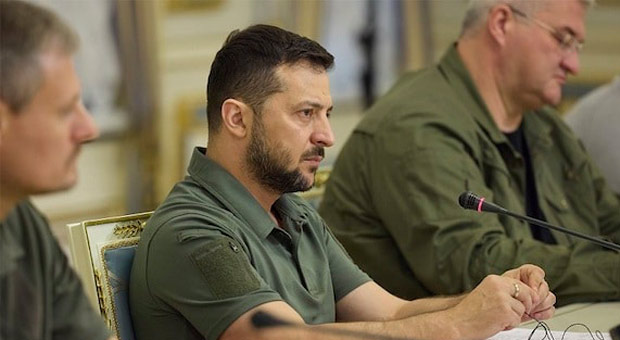 Zelensky made the request for additional cash donations at an international conference in Paris hosted by French President Emmanuel Macron, according to The Hindustantimes.

“Of course it is a very high amount, but the cost is less than the cost of a potential blackout,” Zelensky told the gathering in the French capital via video link. “I hope that decisions will be made accordingly.”

“Because of the destruction of our power plants by terror attacks, we will need to use more gas this winter than expected,” added Zelensky, the AFP report said.

On Monday, Zelensky urged G7 nations to provide “about two billion cubic metres” of additional gas to survive the winter, along with more tanks and missiles to fight the invasion.

“They (Russians) want to put us into darkness, and it will fail, thanks to our partners all over the world,” he added.

The appeal for funding comes amid past donations of lethal military equipment given to the country.

As The Daily Fetched reported in October, the Biden White House announced another new weapons package worth $275 million for Ukraine, bringing the total cost of military aid to $18.5 billion sent to the country since January 2021.

Blinken added that the drawdown would boast weapons from the Pentagon’s own inventories.

It’s real simple, Z-Man, and so-called Person of the Year. Make your way to the negotiations with Putin and stop this senseless tragedy.