EU to Gift $18 Billion to Ukraine Next Year, the Rest Will Come From U.S 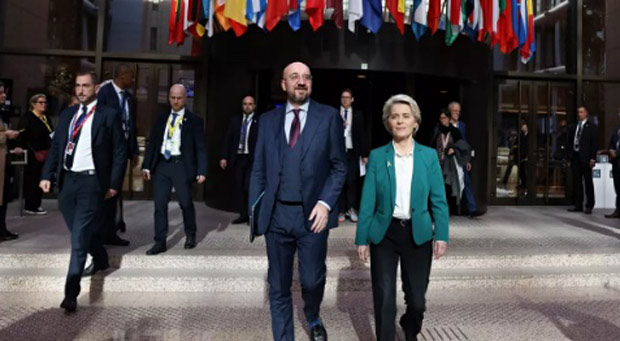 The European Union will give Ukraine 1.5 billion euros (about US$1.5 billion) in 2023 to assist with running the country while it fights against Russia.

She said the EU has so far sent $19 billion to Ukraine this year.

“It is very important for Ukraine to have a predictable and stable flow of income,” she said, adding that Kyiv estimated its monthly needs at 3-4 billion euros “for the basics.”

Von der Leyen said the EU would finance 1.5 billion euros per month, with the rest expected to come from the United States.

“That will give a total of 18 billion for the next year – an amount Ukraine can count on and where there is a stable and reliable, predictable flow of income.”

“Russian terror against our energy facilities is aimed at creating as many problems as possible with electricity and heat for Ukraine this fall and winter so that as many Ukrainians as possible move to your countries.”

Zelensky asked the EU for air and missile defence systems and called for “new powerful” sanctions on Russia and Iran for supplying drones in Moscow’s war.

Poland and the three Baltic states proposed banning diamond imports from Russia and phasing out the steel trade.

Zelensky appealed for more aid pledges to be made at an international conference in Berlin next Tuesday.

Estonian Prime Minister Kaja Kallas said that seizing assets amounted to some 300 billion euros, while Berlin and others have warned it might be illegal.

“This is pure terrorism,” Kallas said of Russia’s war.