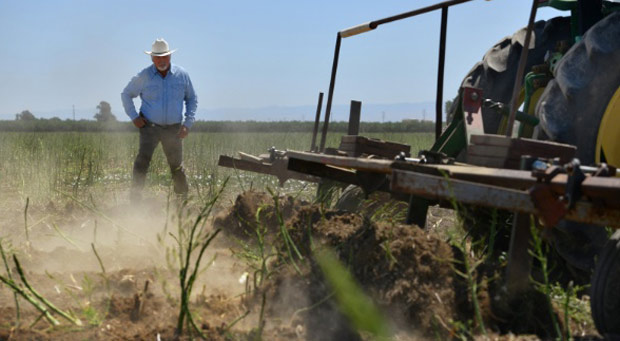 The government has told farmers and ranchers in Northern California to stop diverting water from a region dedicated to protecting fish.

The group, which holds 80 members, is an irrigation organization exempt from taxes.

The Shasta Water Association has twenty days to ask for a hearing, or the order will be complete, meaning the group has to pay fines of up to $10,000 per day, according to the state water agency.

State water board information officer, Ailene Voisin, said the water diversions were still happening as of Tuesday of this week.

Since 2021, the state agency has decreased water use in the specific watershed to allow water to keep pouring into the Shasta River – a tributary of the Klamath River.

It is also a federally protected area for specific vulnerable species of salmon.

The region also suffered from recent events as salmon, and other fish died in the Klamath river.

Scientists say the mass fish deaths were due to a flash flood that carried waste from a wildfire and affected the oxygen quality of the water, according to Craig Tucker, a consultant on natural resources for the Karuk Tribe, per the outlet.

Tucker also notes that around 50,000 to 100,000 suckerfish are thought to have died, along with salmon and other fish.

According to the state water agency, the Shasta River fell to around half the minimum emergency flow necessary for the fish.

Tucker said farmers and ranchers were taking water from the river or diverting water on or near their property for agricultural fields and pastures.

But the tribal groups haven’t gone onto their land to look into this claim.

The agricultural output has been severely impacted by the recent drought.

“In the San Joaquin, we anticipate that the curtailments will go down as far as 1900 in terms of priority, with some sub-watersheds in the 1910s to 1920s,” Ekdahl said Tuesday during a state water board meeting.

“In the Sacramento watershed, we actually don’t anticipate significant curtailments at this time,” with the exception of some smaller tributaries”

In a letter to the water board – dated August 17, the agricultural group said it thought the exemptions permitted it to cut down its diversion of water by just 15%, stating it would begin using water for animals when the weather reaches high temperatures and to suppress fires.

“The curtailment has dried the Shasta Valley to the point of endangerment to health and life of the public and residents who live here, with apparent disregard to the livestock and pet health within this watershed,” the letter said.

Looking the Other Way

When stratospheric injection puts way too many particles in the air, then moisture gets spread out too thinly condense into rain. It tries to condense on too many particles at the same time. It gets spread out too thinly that way. The water stays in the sky, accumulating there. Unless stratospheric injection keeps ramping up, forever holding more and more water in the sky, eventually the moisture will reach equilibrium with the number of particles and will start raining, hard, a lot. A little bit of rain will empty the air of some of the particles, leading to more and bigger raindrops as there are fewer condensation nuclei then, leading to self reinforcing deluges.
The biggest culprit of global greenhouse effects is not the miniscule percentage of Co2, and not even methane. It is water vapor held in the sky by chemtrailing the world.
Stratospheric Injection can be stopped in certain places now, and far enough downwind there will be catastrophic floods. The drought and the floods are man made and chemtrail caused.

These farmers are screwed they will have to get out no wonder the US is up against food shortages.All this climate change bullshit is to blame for a lot of this climate changes every day yet these fools think they can and do dictate to every one what they can and can not do.Some day the drought will be over then they will scream about the flooding the more educated a man is the stupider he gets.