Vatican: ‘Return of Fossil Fuels’ Not justified by Families Struggling to Heat Homes 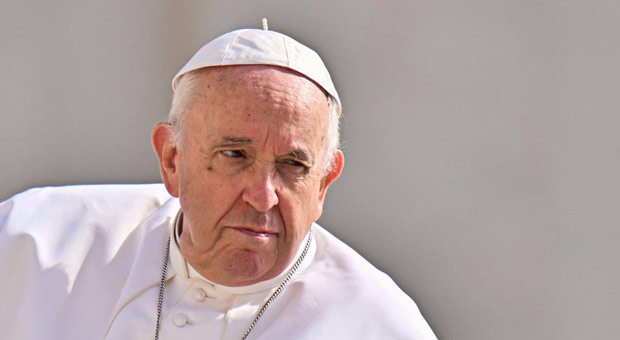 The Vatican issued a statement on Monday warning that a return to fossil fuels is not justified by the ongoing energy crisis, which could see millions of families across Europe unable to heat their homes this winter.

The Holy See warned that climate change is “a common threat to the security and stability” of the entire Mediterranean region.

Though the Vatican does not elaborate on what type of security threat climate change poses, it suggests the Mediterranean region must find a way to survive the winter without the aid of cheap oil and gas.

The Vatican statement acknowledges that the “severe lack of energy supplies… will likely put further strain on many families and industries already affected by the economic crisis” but says it does not justify a return to fossil fuels.

“Irrespective of the concrete threat posed by the war in Ukraine, Pope Francis has underscored the urgent need to strengthen joint efforts to build energy security and transition away from fossil fuels,” the statement says.

The Holy See praised the OSCE’s valuable work in the Mediterranean region, dressing “the effects of climate change” and advancing “common security.”

The Vatican claims that “the global security landscape, including energy and climate security, has changed dramatically since Russia launched its war of aggression in February this year.”

Despite Russia’s war on Ukraine, the effect of the war on “climate security” is unclear.

After many European nations, specifically Germany, voluntarily curbed their domestic energy production to aid the “green transition,” they now depend on Russia for energy.

The Vatican’s message comes as many European nations face an impending energy scarcity which could leave citizens unable to keep warm and pay their fuel bills.