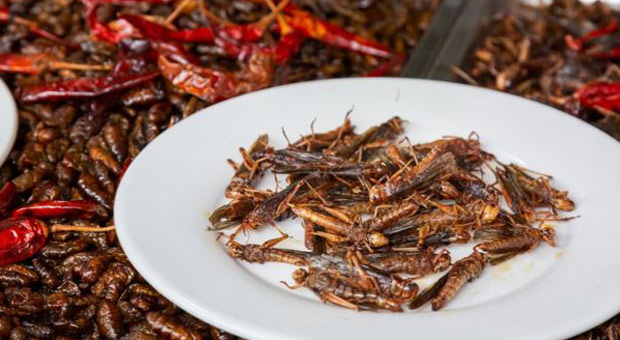 A supermarket in the UK is planning to sell edible bugs recipe kits as the cost of living crisis hits families amid soaring inflation.

Yum Bug founders Aaron Thomas and Leo Taylor are competing against other start-ups to get their product on supermarket shelves and now seems like the perfect opportunity, the Daily Mail reported.

Thomas said: “We’re on a mission to change perceptions of insects as food; they’re one of the most sustainable protein sources in the world.”

“Crickets are up to 70 percent protein, which is three times the amount of protein found in beef. They’ve also got more iron than spinach, more calcium than milk, and the list keeps going. They are an incredible superfood,” he added.

“We want to take bug consumption mainstream. If we’re able to get in front of Aldi’s audience, that would be an amazing opportunity, he continued.

Taylor said: “Aaron and I have been cooking with insects for years – it started in 2017 with weekends experimenting out of my parent’s garage, cooking up all sorts of recipes and posting content online.”

“We then sold our first insect recipe boxes out of our bedrooms in lockdown, and that’s really where everything snowballed.”

Last month, The Daily Fetched reported that Aid agencies in the UK are trialing ‘insect diets’ on people suffering from starvation in third-world countries:

The new push to normalize eating bugs is now targeting the Democratic Republic of the Congo (DRC) and Zimbabwe as a sort of ‘testing ground,’ according to the Guardian.

According to the outlet, £50,000 (U.S.$57,000) UK aid project in the DRC is adding migratory locusts, black soldier, and African caterpillars to the menu.

In August, South Korean scientists claimed that eating worms could help humanity “save the planet:”