Eating Worms Instead of Meat Will ‘Save the Planet,’ Scientists Say 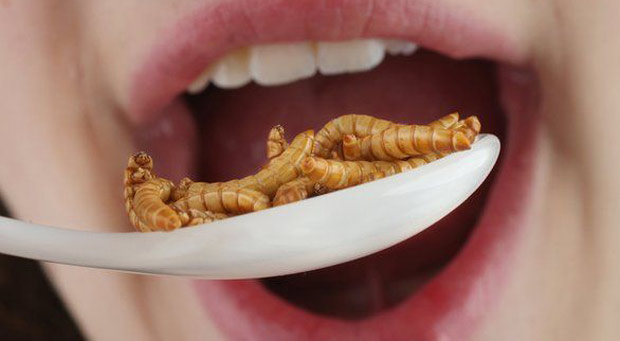 South Korean scientists claim that eating worms could help humanity “save the planet,” according to a new study published Wednesday.

But the researchers also admit that eating the slimy invertebrates suffer something of an “image problem.”

By 2050, the United Nations announced that the global population is expected to reach 9.7 billion people and almost 11 billion by 2100.

Those population figures have driven the study to find more ways to feed more people outside of traditional farming methods, which are currently being destroyed as of writing.

They also argue that cows are “a substantial contributor to climate change, releasing copious amounts of methane in their burps.”

The solution? Researchers say we can save the planet from climate change by eating bugs.

Also championing the consumption of bugs is none other than The World Economic Forum; here is what they write on their website:

“Insects are a nutritious and healthy food source with high amounts of fatty acids, vitamins, minerals, fiber and high-quality protein, which is like that of meat,” says Cho, whose team is at Wonkwang University (South Korea).

Despite companies attempting to alter the public’s perception of eating cooked whole mealworms as crunchy, salty snacks, people are just not buying it.

Cho even goes as far as suggesting hiding insects in the form of seasonings inside products.

Cho’s team studied mealworms throughout their entire lifecycle, looking at how the compounds present differed in each stage.

They found “volatile hydrocarbons” that evaporated and resulted in strong scents as a possible key to helping lift human consumption.

Raw larvae smelled of wet soil, shrimp, and sweet corn but changed depending on how they were cooked.