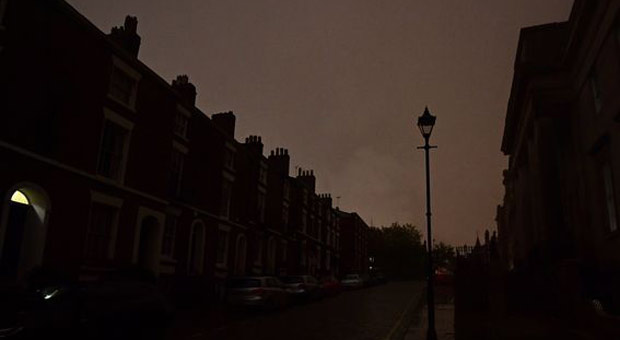 The UK is facing a “significant risk” of gas shortages which could force gas-powered power plants to go offline causing blackouts this winter, according to the energy market regulator.

The Times reported on a letter, published by the energy generation regulator Ofgem, which said England, Scotland, and Wales could see a “Gas Supply Emergency” as natural gas dwindles.

In response to a concerned power station owner, who is worried about severe fines for failing to produce electricity if gas supplies run out, Ofgem refers to the National Grid Procedure for Network Gas Supply Emergency document for standard procedures, but also adds its own take on it.

“Due to the war in Ukraine and gas shortages in Europe, there is a significant risk that gas shortages could occur during the winter 2022/23 in Great Britain,” the body wrote, stating they would reach a decision on handling shortages by November 18th.

The letter also notes that if generators are left unable to get gas for long periods while under contract to produce electricity, it runs the risk of” potential insolvency of gas-fired generators” – or in other words, power stations going bust.

“Due to circumstances beyond our control, the station would be heavily penalized for not meeting its generation obligations.”

The letter also highlighted other matters in the case of a “Gas Emergency,” including ‘stage 2’ plans in the Emergency document, which lays out what will happen in the event of an energy shortage.

Meanwhile, the National Grid document outlines a public awareness campaign to get gas consumption down quickly, using “radio or television… relevant social media… Posters and leaflets drops”, and starting with “An appeal to ‘use as little gas as possible.”

If this does not work, the National Grid would then appeal to the public to “stop using gas” altogether – which could be extremely challenging in the middle of winter.

“It is anticipated that the effect of public appeals would diminish as time passes and that they would need to be repeated and reinforced at frequent intervals, and eventually it is possible that the reduction in demand from the appeals would be insufficient.”

As this happens, something more critical would be going on: load shedding. This would involve cutting off the largest users of gas from the network, which would” likely be large gas-fired power stations which produce electricity to the National Electricity Transmission System,” Ofgem notes

It’s not just the UK facing such shortages this winter, but European countries like Germany are facing a power grid collapse following the suspected sabotage of the Nord Stream pipeline.

German police have also drawn up emergency plans for dealing with unrest in the event of an energy grid collapse during winter as residents struggle for their very survival.