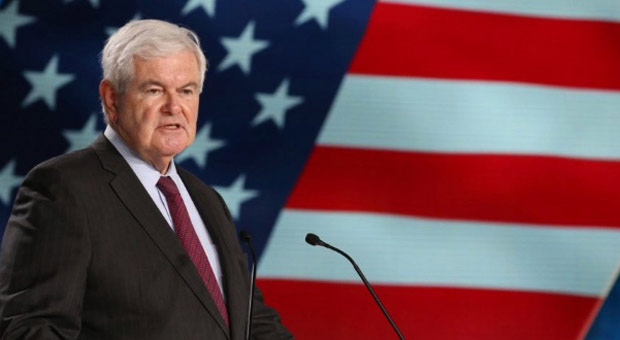 “What I’m watching is a building of a real tsunami because it goes from coast to coast,” Gingrich said on the John Solomon Reports podcast.

“It goes from Maine and New Hampshire and Rhode Island, Connecticut and all the way across to Washington state, Nevada and Arizona,” the former Republican House Speaker said.

Gingrich was elected speaker by the House Republican Conference after the GOP gained 54 seats in 2014.

“You just see race after race where the Republicans are gaining ground, or are actually pulling ahead and moving out,” Gingrich said Tuesday.

RELATED: 34-Year Democrat Switches to Republican Because of ‘What’s Happened to Our Kids’

“You see candidates like [Sen. Richard] Blumenthal for example in Connecticut, whom people thought was totally safe, is now in a very, very close five-point race that’s getting narrower,” Gingrich said.

Gingrich argued that key Election Day issues would be parents’ demand for more transparency in their children’s public school curriculum.

“I think the notion of parents rights vs. the teachers union and the notion of protecting children from what I think is in effect child abuse” are key, he said.

“You have a cult of transgenderism, which is really a cult in a religious sense. I think this is going to become a major issue because for some reason on the left, this has become a fetish,” Gingrich added.

“They just have an absolute passion for maximizing the number of people who go through a transgender process.”