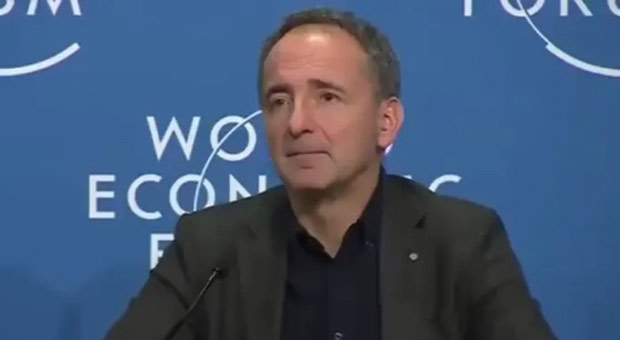 The chairman of the largest industrial manufacturing company in Europe told a panel at the World Economic Forum in Davos that in order to save the climate, “one billion people should stop eating meat.”

Jim Hagemann Snabe went full ‘great reset’ by pushing the idea of replacing meat with synthetic proteins at a “Mobilizing for Climate.”

“If a billion people stop eating meat, I tell you, it has a big impact,” Snabe began.

“Not only does it have a big impact on the current food system, but it will also inspire the innovation of food systems,” he added.

“I predict we will have proteins not coming from meat in the future, they will probably taste even better.”

“They will be zero carbon and much healthier than the kind of food we eat today, that is the mission we need to get on,” the Siemens boss continued.

READ MORE: UK Supermarket Plans on Selling Bugs As Food To Help with Cost of Living

The multinational conglomerate has played a key role in the disastrous green agenda being pushed across Europe.

Despite Siemens’ history of using forced labour during the reign of Adolf Hitler’s Nazi Germany, Roland Busch – the current CEO, said the EU should not pressure Beijing over forced labour because it may stall pressure of the green agenda.

The Green anti-meat agenda is also being pushed in schools across Germany.

As The Daily Fetched reported last year, the German city of Freiburg announced plans to remove meat from all school meals by 2023 with the implementation of vegetarian-only menus as Europe embraces the ‘eat the bugs’ agenda.

German outlet Faz reported that children attending primary school or daycare in Freiburg will no longer have the option of eating meat for lunch after a ruling that all meat and fish offerings will be removed entirely from meals starting next year.

Meanwhile, in the UK and the Netherlands, the government is encouraging elementary school children to eat bugs as a “sustainable” source of protein.

According to the report:

The product is said to look like “conventional” mince. The i newspaper said researchers are hoping to use data from the study to learn how best to educate children about the nutritional and environmental benefits of eating creepy crawlies – such as crickets, grasshoppers, silkworms, locusts, and mealworms.