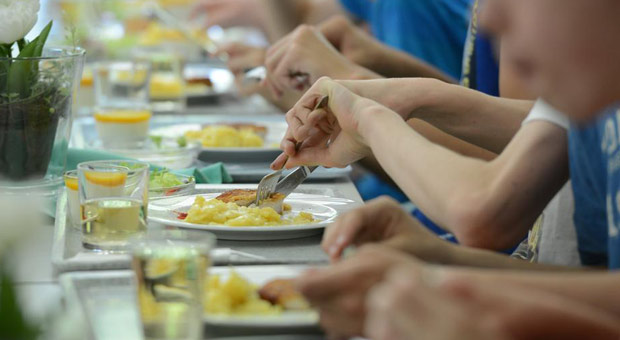 The German city of Freiburg will remove meat from all school meals by 2023 with the implementation of vegetarian-only menus as Europe embraces the ‘eat the bugs’ agenda.

Children attending primary school or daycare in Freiburg will no longer have the option of eating meat for lunch after a ruling that all meat and fish offerings will be removed entirely from meals starting next year, German outlet Faz reports.

Meanwhile, in the UK and the Netherlands, the government is encouraging elementary school children to eat bugs as a “sustainable” source of protein.

According to the report:

Although Europe’s green agenda is the primary driver of removing meat from diets, Freiburg’s decision to force children to eat veggie-only meals is purely economic, according to their official council website.

RELATED: UK Supermarket Plans on Selling Bugs As Food To Help with Cost of Living

“In order to simplify the processing of meals, from ordering to serving, only one menu will be offered at primary schools and municipal daycare centres from the 2023/2024 school year,” the document detailing the decision reads.

“Since the intersection of different eating habits is a vegetarian offer, the menu line should be vegetarian in the future,” the document goes on to claim, citing the high costs of meat.

But many parents have vented their frustration with the ban along with the Ministry of Agriculture in Stuttgart, who also lashed out.

The ministry argued that Germany’s youth should ultimately be allowed to decide whether they can eat meat or not.

Meanwhile, a school in the UK sparked outrage after banning meat offerings on its school lunch menu to lower the carbon footprint of students.

Parents were also requested to refrain from giving their students meat in their packed lunches to save the environment.

Students as young as ten were given lessons on alternative forms of protein, like eating bugs.

It is just the vegans channeling their inner Hitler nature. He was a vegetarian…