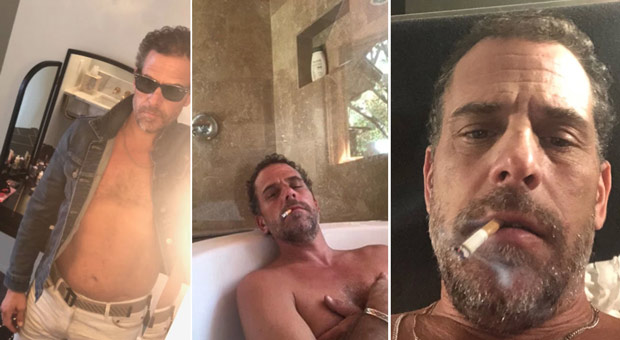 During an interview on Bill Maher’s podcast, Harris said the response to him saying he wouldn’t have cared if Hunter had corpses of kids in his basement was “right-wing lunacy,” adding it “kind of distorted my position.”

Harris further declared that “the velocity of the hatred was something new,” claiming “it was completely plausible to worry that this was a fake story… there simply wasn’t enough time to get to the bottom of it.”

Harris replied, “They wanted to believe it and yes, you know, sometimes you’re right by accident.”

Maher responded, “Can I go to step two of what the two reasonable people in the room would agree on. One, they’d agree it was kind of suppressed. Two, they’d agree that Hunter Biden, being the son of the current Vice President, and being a complete douchebag, was ripe to be used as a conduit to his father, through which he was, but nothing really. It was kind of sort of everyday graft, that’s sleazy, but doesn’t affect the world.”

RELATED: Steve Bannon Warns Biden: Your Entire ‘Depraved Family’ Is About to Be Exposed

“It’s possible we still don’t know, right,” Harris replied, adding, “I’ll give some credence to the possibility that it’s worse than I understand. But the problem is ten days is not enough to figure that out and we knew that it was going to rail the issue.”

Harris then attempted to steer the conversation to Donald Trump supposedly being more corrupt than Biden.

Earlier this year, The Daily Fetched reported that former CIA Director and board member of “disinformation” group NewsGuard Michael Hayden, argued it is “perfectly fine” to share disinformation as long as it protects the right people, like President Joe Biden.

Hayden, who served under President George W. Bush, explained to New York Magazine his role in smearing the infamous Hunter Biden laptop as an instrument of Russian interference.

Hayden and 50 former intelligence officials signed a joint letter weeks before the 2020 election claiming the laptop was nothing more than “Russian propaganda.”

Americans of every political color – red, blue, greenm etc – should be terrified that 51 former senior members of the US INtelligence community are either criminally inept, pathological liars or worse, both.