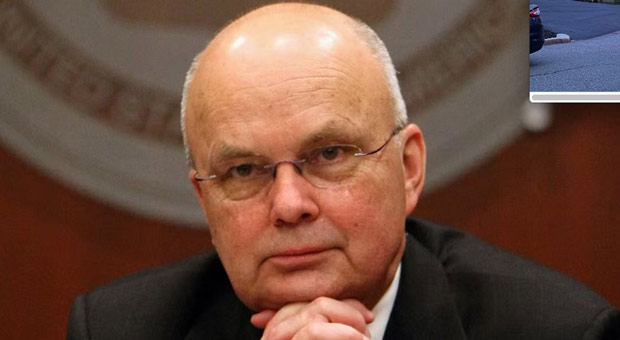 Former CIA Director and board member of “disinformation” group NewsGuard Michael Hayden, argued it is “perfectly fine” to share disinformation as long as it protects the right people, like President Joe Biden.

Hayden, who served under President George W. Bush, explained to New York Magazine his role in smearing the infamous Hunter Biden laptop as an instrument of Russian interference.

Hayden and 50 former intelligence officials signed a joint letter in the weeks before the 2020 election claiming the laptop was nothing more than “Russian propaganda.”

As we now know, the ‘Laptop from Hell’ story was very real.

The computer’s hard drive revealed that then-candidate Joe Biden was lying when he denied ever discussing Hunter’s business with him “or with anyone else.”

In fact, the ‘big guy’ Biden met with Hunter Biden’s business partners and was positioned to profit personally from his son’s shady overseas business dealings.

The former vice president had met with Hunter Biden’s business partners and stood to profit from his son’s potentially criminal overseas ventures personally.

“Hayden said he had not maintained much interest in the story,” New York Magazine reported.

“‘I’m not following it,’ he said, but he stood by the decision to sign and release a statement about a theory for which there was only circumstantial evidence,” Hayden said.

“I was perfectly fine with that,” Hayden added.

“It looked like disinformation. … It would be nice if we didn’t have to do anything or say anything, but the Russians were doing so much,” the forme CIA director continued.

This isn’t the first time the ex-CIA chief defended his demonstrably false claim that the Hunter Biden laptop was “Russian propaganda.”

In October, Hayden’s Center for Intelligence, Policy, and International Security defended the dishonest characterization that was broadcast to the country as voters went to the polls, The Federalist notes.

Hayden now serves on the advisory board of NewsGuard, a left-wing “disinformation” group supposedly filtering out “fake news” and “misinformation” online.

NewsGuard has now been deployed in schools to ensure children use what they deem acceptable sources.

Recently, Hayden declared Republicans the most “dangerous” political force on earth – a decade after authorizing drone strikes to take out violent extremists.

“Clapper was not pleased to be asked about the letter two years after its release,” the magazine wrote.

“What are you trying to get me to say, that I screwed up and I shouldn’t have signed the letter? I’m not going to say that,” Clapper told the paper.

“As far as I was concerned, we were waving the yellow flag,” Clapper said.

“At the time, it was fishy to me. It had the characteristics of a Russian disinformation campaign.”

I knew it was Hayden even before I opened the link. He is the biggest traitor to have served as DIRNSA and D/CIA in probably forever. He spied on Americans in direct violation of the law and the USSIDs. When you hear the terms globalist and the Deep State, he is the type of person they’re talking about. He never served the People, only himself and his very powerful buddies. Never forget they use our tax money against us, at all levels of government, but especially in the DoD, State and the DoJ.

Theirs the face of pure evil!