Rage Against The Machine’s Tim Commerford Reveals He Has Cancer 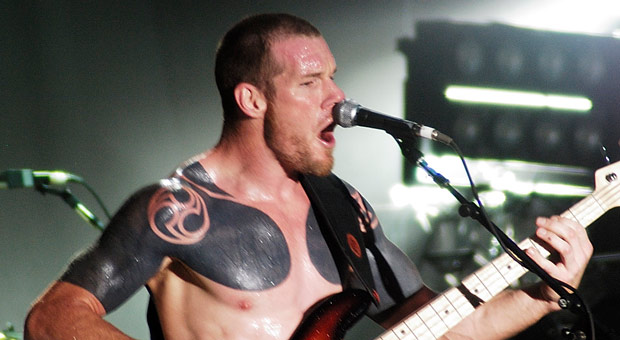 Rage Against the Machine’s bassist, Tim Commerford, has revealed he was recently diagnosed with prostate cancer, according to an interview with Spin magazine.

Commerford, 54, said he was diagnosed with cancer two months before he and former bandmates were due to begin their 2022 reunion tour.

“I’ve been dealing with some pretty serious s***,” Commerford shared.

“Right before I was about to go on tour with Rage, I had my prostate removed, and I have prostate cancer.”

Commerford said he wasn’t sure if he would make his diagnosis public but decided to after learning Duran Duran’s Andy Taylor was suffering “from Stage 4 prostate cancer.”

“My life is sort of like that,” Tim Commerford explained.

He added that despite being “in shape and taking care of myself,” it’s “something where either you’re either lucky or not.”

“I hope there’s one person who reads this and is like, ‘f***, I need to get checked out’ when they find out about it,” he said.

Since the band member’s diagnosis, he said he’d kept a positive attitude but admitted it was challenging.

“Whatever it is, it makes me wonder if it’s happening because I have cancer, and prostate cancer is a very, very, very tough one because it’s connected to your sexuality,” the rocker shared.

“It’s hard to disconnect from that, and when you’re forced into that situation, it’s a brutal psychological journey.”

“I’ve been trying to find support groups, and it’s hard to find people and hard to talk about it,” he added.

“The suffering part of it, the physical suffering after the surgery, I’ve never felt pain quite like that. I have metal plates in my head and cadaver parts in my body,” he said.

“I’ve done a lot of damage through sports and mountain biking and this sort of thing and I’ve always felt like I had a really high tolerance for pain, and that s*** brought me to my knees,” Commerford added.

“After the pain went away, I still haven’t really been able to get up, even though I’m working out and doing s***, but psychologically, the damage is severe,” Commerford continued.

“It’s very hard for me to not break down and get emotional.”

Your group is SATANIC. You have received what you DESERVE.

You are NOT GOD. It is NOT YOURS TO EVALUATE THE SOULS OF OTHERS.

And now you rage against the ‘roids. A fitting “end” for your progressive supporting B**n loot and murder band.
Enjoy yourself.

God decides what is “fitting”

YANA…you are not alone. A wonderful website resource for prostate cancer patients.