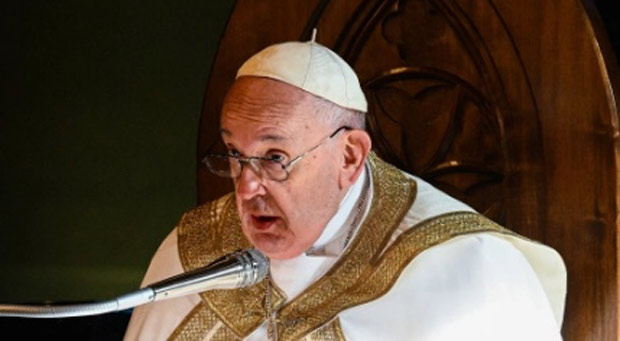 Pope Francis has called for more “transgressives” among young people, urging them not conform to the world around them.

During the Pontiff’s weekly Angelus message at the cathedral of Asti, he said:

“We need young people who are truly ‘transgressives,’ non-conformists, who are not slaves to their mobile phones, but who change the world.”

If they are transgressive, they will be “like Mary, bearing Jesus to others, taking care of others, building fraternal communities with others, making dreams of peace come true!” the Pope continued.

The Pope then reflected the Virgin Mary went “in haste” to visit her aged cousin Elizabeth after learning she was with child.

The Pope proposed young people need to “arise and go — not stay still thinking about ourselves, wasting our lives and chasing after comforts or the latest fads, but to aim for the heights, get on the move, leaving behind our own fears to reach out to those in need.”

Francis has, in the past, made bizarre suggestions for the direction of the world’s youth. The Pope famously urged the youth in Rio de Janeiro to “make a mess” in the Church and in society, a message he has frequently repeated.

“I want to tell you something. What is it that I expect as a consequence of World Youth Day? I want a mess,” he said in 2013.

“We knew that in Rio there would be great disorder, but I want trouble in the dioceses!” he said.

“I want to see the Church get closer to the people. I want to get rid of clericalism, the mundane, this closing ourselves off within ourselves, in our parishes, schools or structures. Because these need to get out!”

The Pope spent the weekend in the northern Italian city of Asti, where the local mayor awarded him honorary citizenship.

Francis then insisted that the world is experiencing “a famine of peace.”

“Let’s think of how many places in the world are scourged by war, in particular of war-torn Ukraine. Let’s roll up our sleeves and continue to pray for peace!” he said.

Dear Pope,
Because of you and your liberal leanings, the CC is already experiencing a host of transgressives. People are transgressing from the CC to other churches at an alarming rate.

Couldn’t come up with a better word? or couldn’t bring yourself to use one?

He almost never gives an address in English; so it would be interesting to know what his actual word choice was rather than that of the person who translated for him.