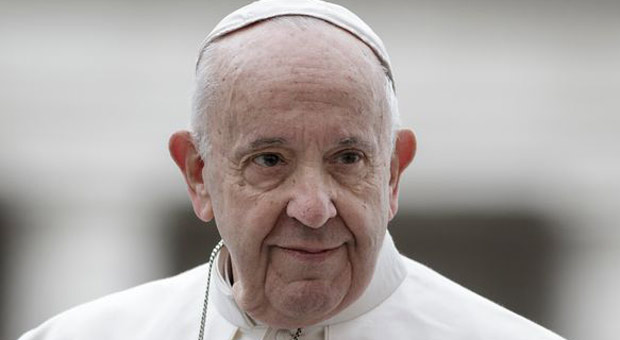 “It is a vice that many people have, many laymen, many laywomen, and also priests and nuns,” Pope Francis said.

“The Devil gets in that way. And I’m not just talking about criminal pornography like that involving the abuse of children, that is already degeneration,” the Pope added.

“But pornography that is a little “normal”‘, he continued.

“That, today, is the order of the day. And if you can delete this from your mobile phone, delete it,” Francis said.

“Excuse me if I go into these details about pornography, but there is a reality: a reality that touches priests, seminarians, nuns, consecrated souls. Have you understood? All right. This is important.”

The Pope made the remarks on Monday, according to ANSA.

When the Pope was asked how the digital and social media world should be dealt with, he claimed that although he doesn’t use it himself, the technology is a “service to be able to progress in life.”

According to model Natalie Garibotto, the Pope’s verified account was among the thousands that liked the image.

However, not long after the Vatican said it was launching an inquiry into the claims, the ‘like’ mysteriously disappeared.

“At least I’m going to heaven,” the model joked after the incident drew attention on social media.

This Pope is as bad as Biden.

I liked it best when he said, ‘They Jack and Jill, too’.

Someone said this pope is as bad as Biden. No, he’s worse. More people listen to the son of perdition than they do Biden.

Matthew 5:27-28 New Catholic Bible
27 “You have heard that it was said of old: ‘You shall not commit adultery.’ 28 But I say to you that anyone who looks with lust at a woman has already committed adultery with her in his heart.”

This was spoken by Jesus the Christ, our Lord and Savior God. So the Pope considers pornography”somewhat normal”

Wasn’t prostitution tunn by the church just outside of the Vadican one of the primary reasons that Martin Luther started the Prostestant Revolution? Adultry is a sin according to the Ten Commandments and those who indulge in it are endanger of participating in the second d***h.

So, who are you going to listen to, the Pope or Jesus the son of God and the embodiment of God in the flesh? For me I’ll go with God and the Pope clearly does not speak for God any more than the false prophets identified in the Word of God regardless what the leaders of the Chirch in Rome have said.

Catholics. Our Church is True. Stick with it. The Pope is up on the mountaintop having lunch with Iblis.