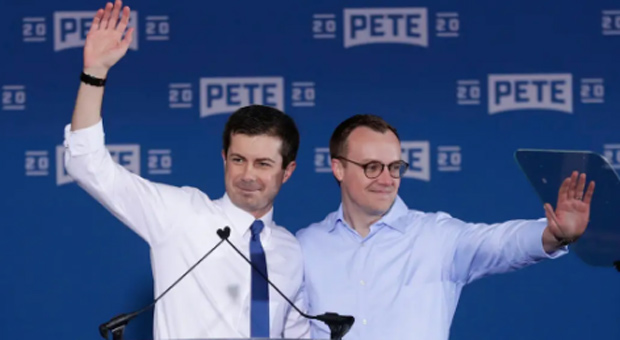 President Joe Biden’s Transportation Secretary, Pete Buttigieg, traveled to the Netherlands with his husband on military aircraft to attend the fifth Invictus Games in the Netherlands, according to a calendar obtained by Americans for Public Trust (APT).

“Secretary Buttigieg’s travel woes keep piling up with this newest revelation that he and his husband took a private jet for a European trip,” the executive director of APT, Caitlin Sutherland, told Fox.

“Taxpayers, who just had their holiday plans completely upended because of Buttigieg’s travel mismanagement, should be furious.”

On April 15, Buttigieg traveled from Joint Base Andrews to Rotterdam, Netherlands, via “MilAir Flight” before returning two days later on military aircraft, the calendar obtained by Americans for Public Trust (APT) and shared with Fox News Digital showed. According to photos from the event and media reports, the transportation secretary traveled to the Netherlands with his husband.

President Biden announced that Buttigieg would lead a presidential delegation, which included lawmakers and fellow administration officials, to the Invictus Games days prior to the event in April. The event was founded by Prince Harry in 2014 as a multi-sport competition for wounded, injured or sick soldiers and military veterans. Buttigieg joined the U.S. Navy Reserve in 2009 and was deployed to Afghanistan in 2014.

Price reimbursed the government for travel costs after reports his wife accompanied him on military aircraft during long-haul flights.

Buttigieg has not reimbursed the government for his husband’s travel costs.

Buttigieg’s faced an earthquake of criticism following APT’s report, with most slamming him for his failures at the Department of Transportation and the catastrophic flight cancelations across the country during Christmas.

“While families’ holiday travel plans were upended by his department’s failures, Buttigieg has used their tax dollars to avoid problems he created,” APT tweeted.

Ned Ryun, the American Majority founder, said Buttigieg is “the poster boy for an arrogant and detached idiocracy.”

“Wild story – to summarize, while commercial air travel has been a disaster for you:

Mayor Pete has taken 18 private jet flights He took Chasten on a military plane to attend a sporting event in Europe.. with Meghan Markle and Prince Harry.”

“The Secretary was proud to be asked to be part of the Presidential Delegation that the State Department organized for the Invictus Games — an international event supporting wounded, injured and sick servicemen and women, both serving and veterans. The delegation met with the U.S. team of wounded veterans and active service members as part of the visit.”