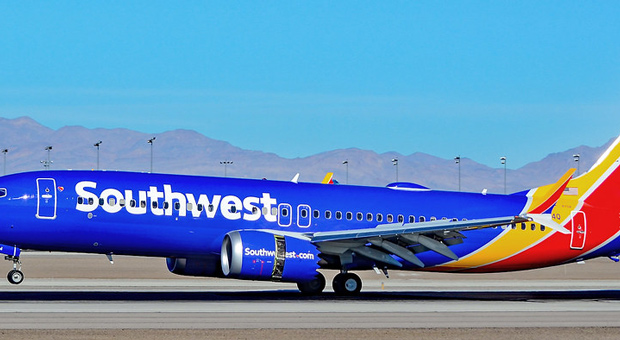 A California father decided to take matters into his own hands and drove over 2,000 miles to the airport in Denver, Colorado, to pick up his stranded daughter after Southwest Airlines grounded their flights.

Southwest Airlines announced it would resume operations again Friday, but Patel said there was no guarantee after so many delays and cancellations.

The father said he couldn’t allow his daughter to remain in a city where she didn’t know anyone.
“They need to be realistic to tell what’s happening so [people] can plan,” Patel added.

Patel said he could “feel the difference in the excitement of her voice” when he called to say he was only a few minutes away.

The Washington Examiner noted that Southwest canceled more than 15,000 flights this week and 2,300 on Thursday. As of Friday morning, 39 Southwest flights had been canceled and 69 delayed, according to FlightAware.

The cancellations came as a result of scheduling problems due in part to winter weather. The airline’s staff also admitted its outdated scheduling software was to blame.

“A systemic failure of Southwest Airlines leaders to modernize, support, and staff its operation leaves every frontline employee, pilots included, tired of apologizing to our passengers,” said the Southwest Airlines Pilots Association.

Although Southwest Airlines plans to return to normal operations Friday, it seems the chaos is far from over.

“I just feel bad for people that didn’t have family. I had family there who were stuck without a means, without a hotel,” said Sandra Rome, who was also stranded in Denver for four days. “At least I had family. At least I had my medication with me.”

The real cause of the SW mess? It’s the employees who are sick of the long hours, etc etc and it’s a staff shortage that’s caused the cancellations. They can blame weather, software etc all they want.

first thought was wait, a girl in Kali has a father?!? How did this make the news?

Please word it, “He’s not from here.” I agree the run of the mill American dads retrieving their kids in need get no mention. I am glad for Kali her dad took the initiative.

BS…That’s averaging 74 mph without ever stopping for gas…