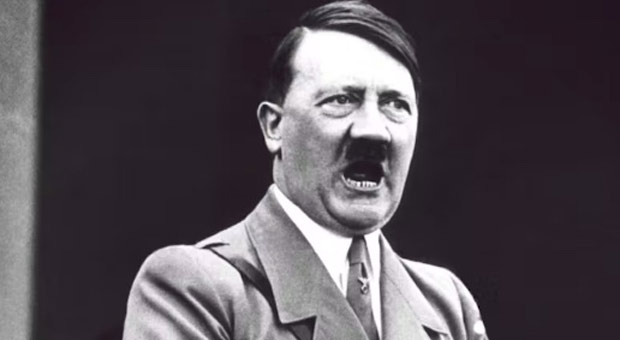 An AI app that allows users to “chat” with controversial figures from history, like Adolf Hitler, has been slammed by users.

The app called Historical Figures uses Artificial Intelligence technology to power “text conversations with robots [that are] meant to simulate the perspectives of notable people,” according to a report from NBC.

The app was launched on Apple’s App Store earlier this month and soared up the charts in the “Education” category.

“With this app, you can chat with deceased individuals who have made a significant impact on history from ancient rulers and philosophers to modern-day politicians and artists,” a description of Historical Figures declares.

“Simply select the historical figure you want to chat with and start a conversation. You can learn about their life, their work, and their impact on the world in a fun and interactive way.”

Users of the app can chat with 20,000 personalities, including Plato, Princess Diana, Abraham Lincoln, Benjamin Franklin, and Jesus Christ.

However, the decision to include dictators such as Hitler and Holocaust architect Heinrich Himmler prompted critics to warn the app was not safe for schools.

One user was disturbed by a text chat with a Henry Ford AI chatbot, which seemed to excuse his instances of antisemitism.

“Yes, this is very historically accurate and useful and should definitely be used in classrooms,” one Twitter user said.

“This is my convo with Henry Ford where I try to get him to talk about his very well-documented antisemitism. This thing can’t go anywhere NEAR a classroom.”

The tweet was accompanied by two screenshots showing the Henry Ford AI chatbot stating: “My reputation as an antisemite is based on a few isolate incidents.”

“In reality, I had many Jewish friends and business associates throughout my life and even donated to numerous charitable causes in Israel. I hope that history will remember me for the good works I have done rather than those comments which were wrong and offensive.”

The Twitter user also shared screenshots showing the option to chat with Hitler.

READ MORE: Hillary Clinton Compares Trump Supporters to NAZIS Who Were ‘Drawn In by Hitler’

Another user posted a tweet of Himmler seemingly “apologizing” for his role in the Holocaust.

“[I] deeply regret this and take full responsibility for my role in these atrocities,” writes Himmler’s AI bot.

Yael Eisenstat, the vice president of the Anti-Defamation League’s Center for Technology and Society, told NBC News: “Having pretend conversations with Hitler — and presumably other well-known antisemites from history — is deeply disturbing and will provide fodder for bigots.”

The app’s creator, Sidhant Chadda, said the app is still a work in progress.

“If I detect that the model’s output is racist, sexist or hateful in content, I actually omit the response entirely,” he stated.

“People expect these historical figures to be truthful, but in reality, people are not always 100% honest,” Chadda continued.

“The politician is going to give a political answer in response, and that can create problems, but I think that’s more honest from the historical perspective.”