More Canadians Being Driven to Euthanasia to Escape Crippling Poverty 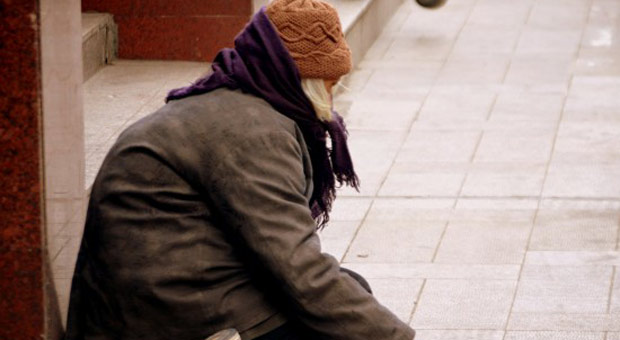 Earlier this month, reports of an impoverished Canadian citizen requesting permission to terminate his life under the country’s euthanasia laws sounded the alarm throughout the world of the true scale of the growing divided between the rich and poor.

Amir Farsoud was on the verge of being homeless and admitted his health condition would not allow him to survive on the streets.

Farsoud said that he did not want to die but could not afford to find another place to live, and instead opted for the country’s assisted suicide laws.

City News Reporter Cynthia Mulligan said: “Amir Farsoud has applied for medically assisted dying, known as (MAiD) he lives in constant agony due to a back injury but has started the process for end of life.”

“Because his rooming house is up for sale and he can’t find anywhere else to live that he can afford,” Mulligan added.

In February, a Canadian woman with a chronic health also chose to end her life under the country’s assisted suicide laws.

Meanwhile, another woman, suffering from the same condition, reached the approval to end her life.

This caused outrage across the globe, where critics argued Canada’s right-to-die laws were being used to punish the poor.

As the Guardian reported at the time:

In February, a 51-year-old Ontario woman known as Sophia was granted physician-assisted death after her chronic condition became intolerable and her meager disability stipend left her little to survive on.

“The government sees me as expendable trash, a complainer, useless and a pain in the ass,” she said in a video obtained by the network. For two years, she and friends had pleaded without success for better living conditions, she said.

Now a second case has emerged with several parallels: another woman, known as Denise, has also applied to end her life after being unable to find suitable housing and struggling to survive on disability payments.

Both were diagnosed with multiple chemical sensitivity (MCR), a condition in which common chemicals, such as those in cigarette smoke and laundry detergents, can trigger nausea, blinding headaches and in extreme cases, anaphylactic shock.

Cautionary Tale of what’s to come

As Forbes reported earlier this month, Canada is often cited by those concerned about medically assisted dying as evidence of a ‘slippery slope. Its MAID (Medical Assistance in Dying) law was introduced in 2016 for adults with conditions where death is reasonably foreseeable – expected within six months. It was extended to those with severe chronic but not terminal physical ailments in 2021 and will be further made available to those with severe chronic mental conditions in 2023.

Currently under consideration is the possibility of advance directives for people falling into conditions like dementia that will remove decision-making ability.

For some, this progression is proof of a ‘slippery slope’ – once one element is allowed, others will inevitably follow until almost anything is permitted.

For others, it is a careful and considered roll-out of a new set of laws – up to, but not beyond, a logical and morally defensible limit. In truth, Canada is not particularly exceptional in its approach.

Everything currently permitted there is also available in a number of other countries.

In 2015, the Supreme Court of Canada reversed 22 years of its jurisprudence by striking down the country’s ban on assisted suicide as unconstitutional, blithely dismissing fears that the ruling would ‘initiate a descent down a slippery slope into homicide’ against the vulnerable as founded on ‘anecdotal examples.

The next year, Parliament duly enacted legislation allowing euthanasia, but only for those who suffer from a terminal illness whose natural death was ‘reasonably foreseeable,’ the spectator reported.

Why pick on Canada? Switzerland’s a thousand times worse and the US is vastly ahead in abortions per capita and egregious abortion incentives.