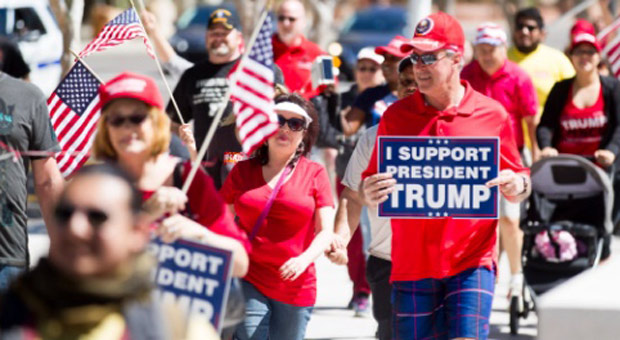 A new poll has revealed that fifty-five percent of Americans are more concerned about the “Socialist Left” than “MAGA Republicans.”

Just 45 percent of respondents said they were more “MAGA Republicans.”

“Do you think there are tens of millions of dangerous MAGA Republicans backing violence and trying to overthrow the constitution or is that a gross exaggeration and distortion?” the poll asked.

Fifty-four percent of voters believe the number of “dangerous MAGA Republicans” has been “grossly exaggerated” by the Democrats.

The polls were conducted on the heels of President Biden’s communist-style speech, which demonized ‘MAGA Republicans’ as “an extremism that threatens the very foundations of our republic.”

“Now I want to be very clear up front not every Republican, not even the majority of Republicans are MAGA Republicans,” Biden said in his remarks, which were touted as a “soul of the nation” address.

“Not every Republican embraces their extreme ideology. I know because I’ve been able to work with these mainstream Republicans,” he said.

“But there’s no question that the Republican Party today is dominated, driven, and intimidated by Donald Trump and the MAGA Republicans and that is a threat to this country.”

Biden later attempted to walk back his dark speech that demonized half of America.

“I don’t consider any Trump supporter to be a threat to the country,” Biden replied when asked by reporters.

“They were voting for a philosophy that he put forward.”

According to the Harvard-CAPS Harris poll, fifty-six percent of voters opposed Biden’s speech.