Over Half of U.S Voters Say Biden’s ‘Extremism’ Speech Was Unacceptable 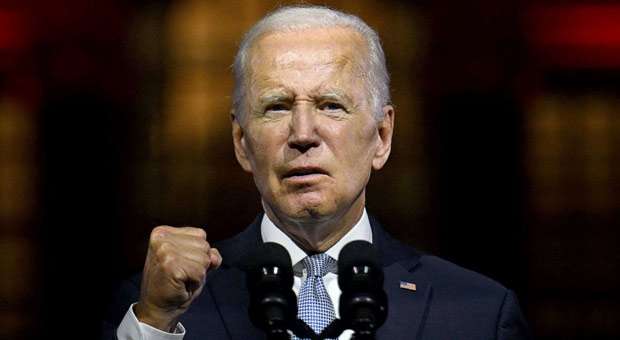 Fifty-six percent of general election voters say they view President Joe Biden’s recent speech calling Republicans as “threats to the foundations of our republic,” as unacceptable, according to a Trafalgar Group poll.

“What is your opinion of President Biden’s recent primetime address to the nation in which he accused his political opponents of representing ‘an extremism that threatens the very foundations of our republic’?”

Fifty-six say the speech “represents a dangerous in rhetoric and is designed to incite conflict amounts Americans.”

Just 35 percent of voters say the speech was “acceptable campaign messaging that is to be expected in an election year.” Nearly 8 percent said they have no opinion.

Moreover, nearly 20 percent of Democrats viewed the speech negatively. Sixty-two percent of independents agreed that it represented “a dangerous in rhetoric and is designed to incite conflict amounts Americans.” Eighty-nine percent of Republicans oppose the speech.

The poll sampled 1,084 likely general election voters from September 2-5 with a 2.9 percent margin of error.

“Democracy is not a partisan or political issue,” White House Deputy Press Secretary Chris Meagher tweeted after the speech received poor reviews from the establishment media.

After Thursday’s speech, Biden attempted to walk back his dark speech that demonized half of America.

“I don’t consider any Trump supporter to be a threat to the country,” Biden replied when asked by reporters.

“They were voting for a philosophy that he put forward.”

Biden’s backtracking after it became apparent his speech was political suicide.

Over half of US voters said Trump should be POTUS, too…the Democrats didn’t care about that, either.