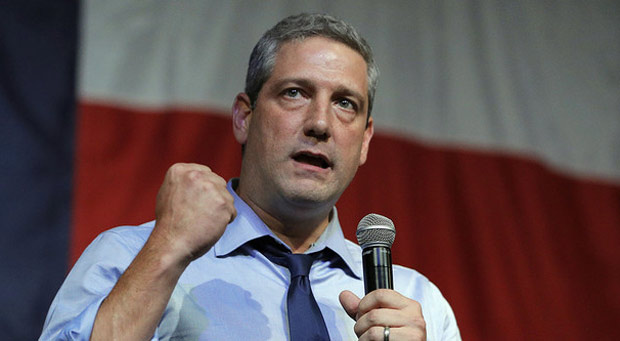 During an interview on MSNBC, Ryan said America needs to “move out of this age of stupidity” and into an “age of reconciliation and reform.”

“How do we fix all of these broken systems?” Ryan posited.

“Some of those answers will come from Republicans. Not the extremists that we’re dealing with every single day. We’ve gotta kill and confront that movement,” he said.

In the context of the increasingly violent rhetoric against MAGA, and even if Tim Ryan spoke figuratively, he used an extremely poor choice of words.

His remarks come just weeks after Joe Biden repeatedly declared half the country as ‘extremists.’

As The Daily Fetched reported last week, fifty-six percent of general election voters said they view President Joe Biden’s recent speech calling Republicans “threats to the foundations of our republic” as unacceptable, according to a Trafalgar Group poll.

“What is your opinion of President Biden’s recent primetime address to the nation in which he accused his political opponents of representing ‘an extremism that threatens the very foundations of our republic’?”

Fifty-six say the speech “represents a dangerous in rhetoric and is designed to incite conflict amounts Americans.”

Just 35 percent of voters say the speech was “acceptable campaign messaging that is to be expected in an election year.” Nearly 8 percent said they have no opinion.

Another poll conducted by I&I/TIPP has found that nearly two-thirds of Americans agree that the White House’s attacks on “MAGA Republicans” is increasing division, with a whopping 73 percent of Democrats agreeing.

It’s becoming more and more apparent that Biden and the Democrats are commuting political suicide.