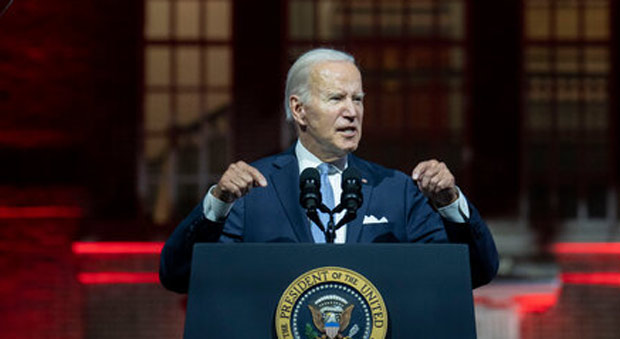 The speech is far from Biden’s promise to “unite the soul of the nation.”

As the midterms loom, Biden’s narrative has switched to warning of the threat posed by “MAGA forces.”

Just days after Biden described Trump supporters as “ultra-MAGA Republicans” and “semi-fascists,” he now warns democracy is at risk from Trumpism.

“It’s not just Trump, it’s the entire philosophy that underpins the — I’m going to say something — it’s like semi-fascism,” Biden said during a speech last week in Rockville, MD.

“Trump and the extreme MAGA Republicans have made their choice: to go backward, full of anger, violence, hate and division. But we’ve chosen a different path: forward, the future, unity, hope and optimism,” he added.

In the wake of the recent FBI raid of former President Donald Trump’s home at Mar-a-Lago, its becoming more apparent the Biden’s government is weaponised against MAGA.

As we reported on Thursday, Biden also spoke about “right-wing” Americans who valued the Second Amendment holding government accountable to the people.

Without any clear messaging from Democrats other than ‘MAGA bad’ as the midterms approaches, it now looks like there will be an all-out bloodbath in November.